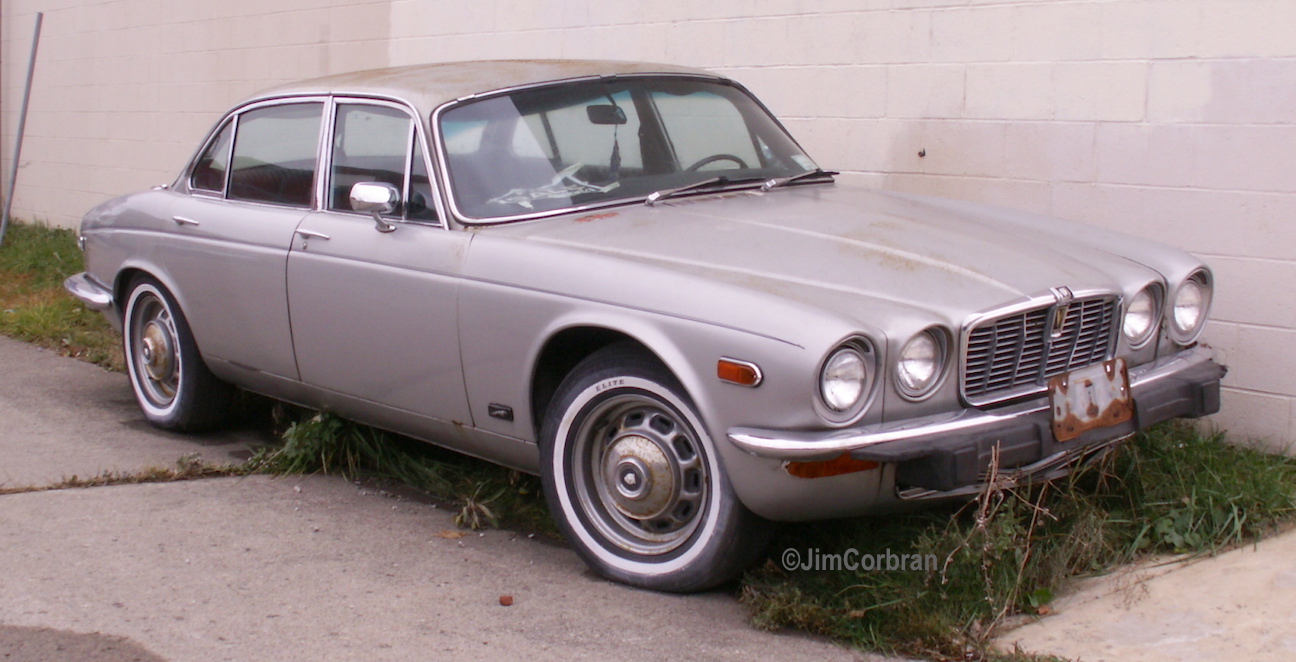 
If you wanted to arrive in style, and probably not see another car just like yours in the parking lot, one sure way to go was in this Jaguar XJ12L, c1974. The “12” in the big Jag saloon’s name came from the SOHC 5.3L V12 under its long bonnet, while the “L” indicated the longer (by four inches) wheelbase version — which by this time was the only version offered, the shorter XJ having been dropped after the 1973 model year. This silver sedan was found parked in Buffalo at the convergence of its Black Rock and Riverside neighborhoods.