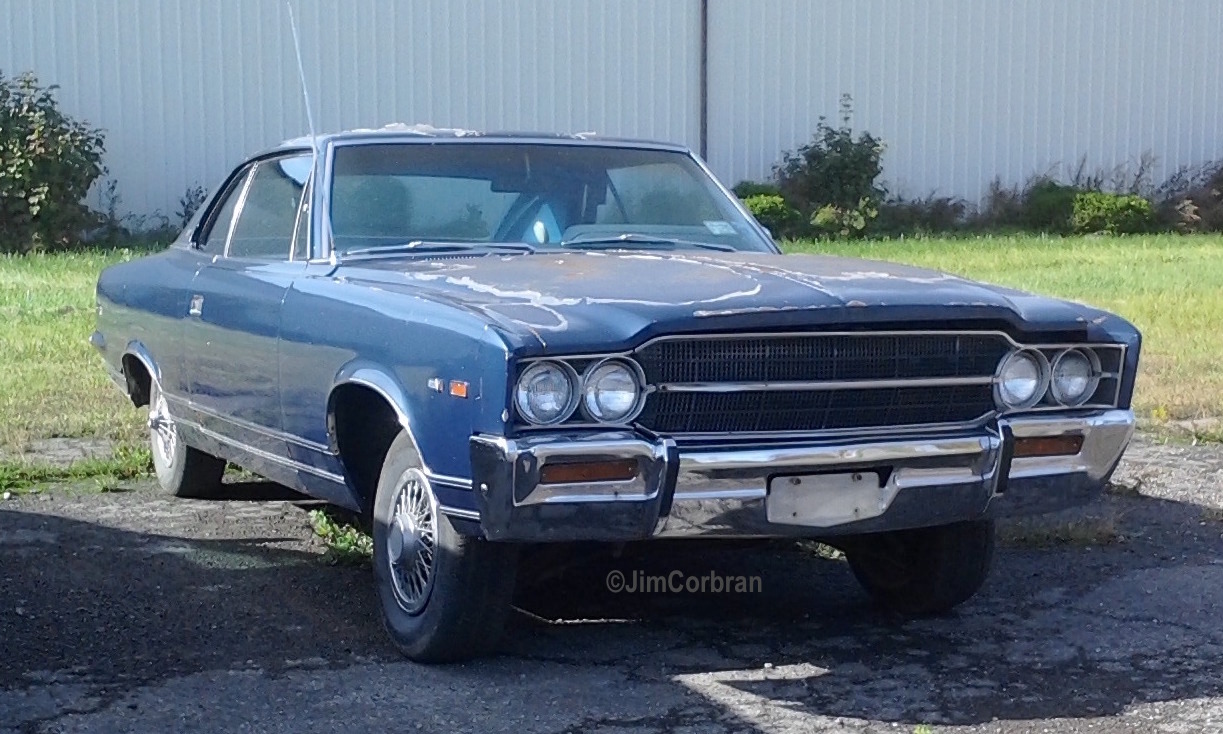 If the stance on this 1969 AMC Ambassador SST looks a bit strange, I believe it might be because the 343 V8 which is advertised on the front fender seems to have gone AWOL. Although the Ambassador was a full-sized car — its 122-inch wheelbase was an inch longer than Ford’s LTD — many car shoppers still associated “Ramblers” with compacts. These Ambassadors were feature-filled cars which just couldn’t overcome their past history. Pity. Found this blue example a few weeks back in Brockport.