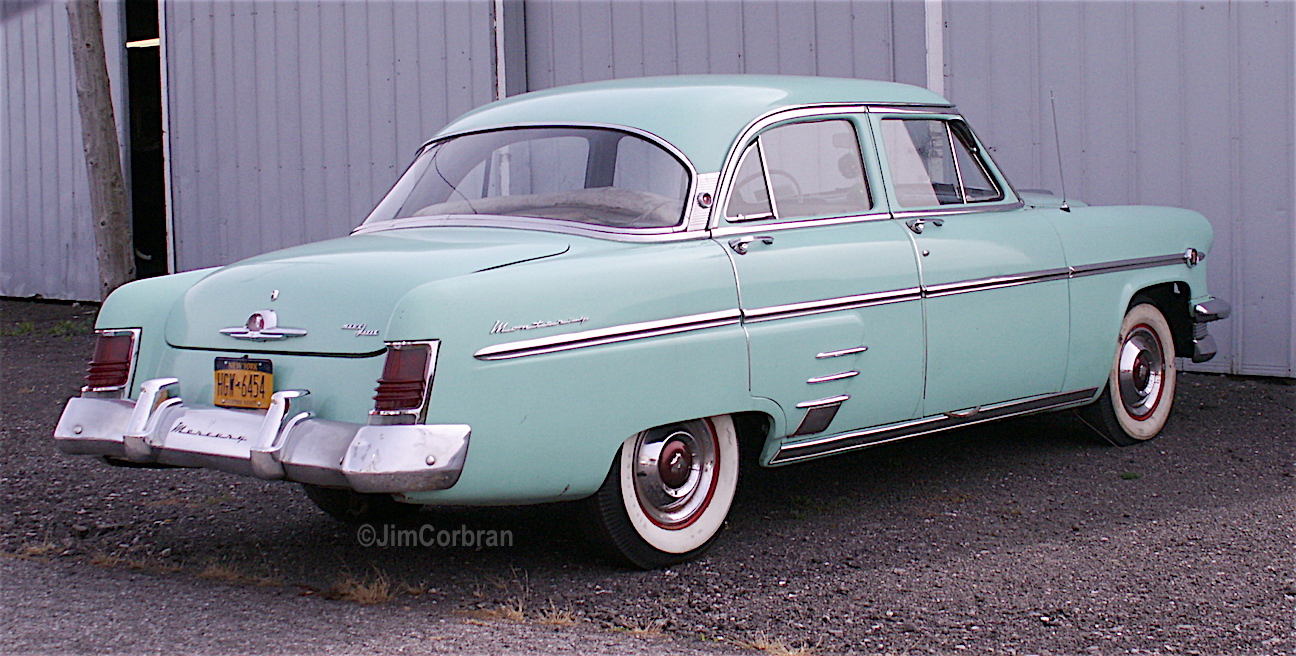 This 1954 Mercury Monterey is painted one of those nice, cheery colors often seen on cars from the era — this one looks like Parklane Green. Park Lane of course, is a model name Mercury used beginning with the ‘58s for its top-of-the-line cars.

In 1954 though, it was just Monterey and the cheaper Custom series — all of which came with a 256 cid V8. Saw this one a while ago in downtown Sanborn.