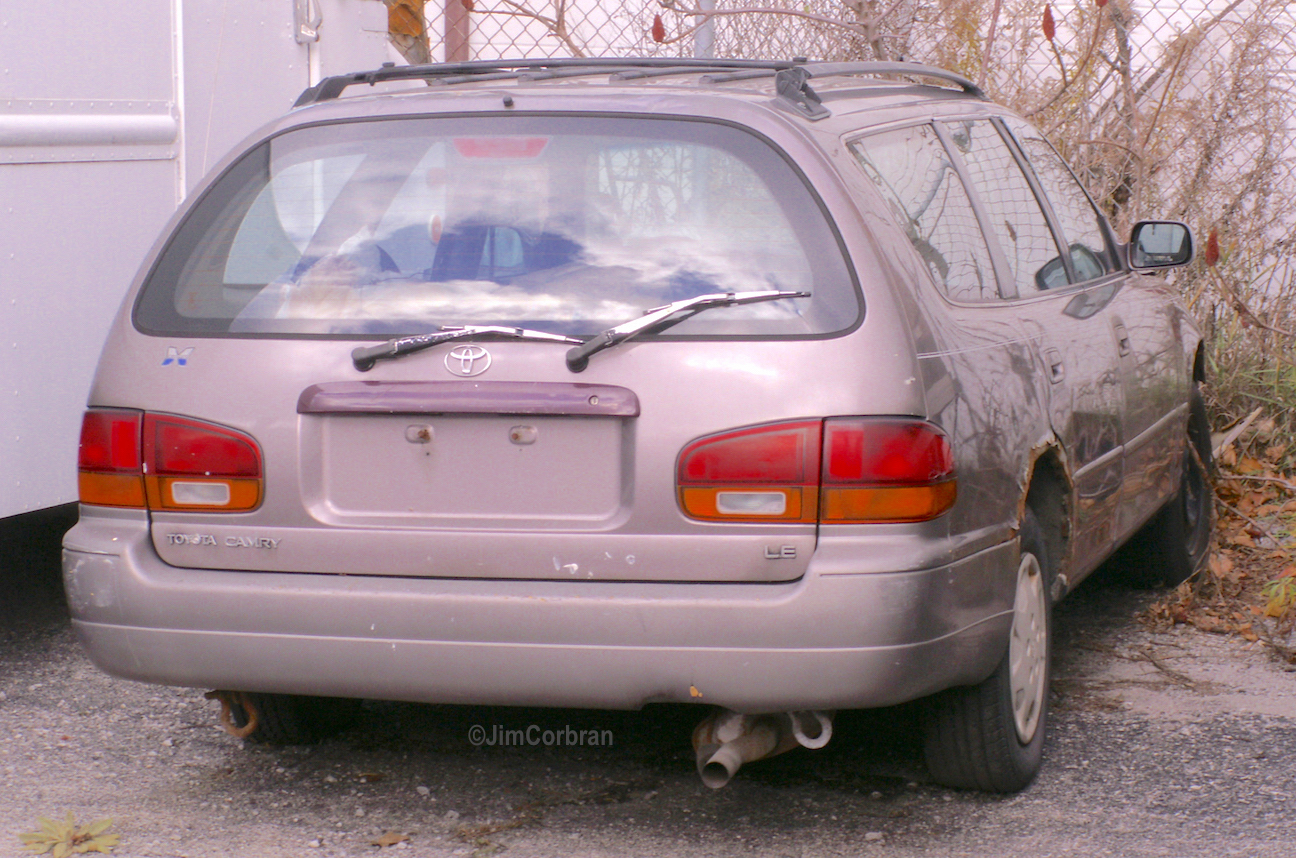 This 1993 Toyota Camry LE seems to have made the trip from greater Roc-cha-cha to this resting spot in Kenmore. Going back even further in time, this wagon’s life journey began in Toyota’s Georgetown, Kentucky assembly plant, the only one churning out Toyota’s large (by Japanese standards) station wagon, for domestic as well as export sales. The first Camrys appeared for model year 1983, as a much more compact four-door sedan; a five-door hatch was added later in the model year. The Camry has at times over the ensuing years been the best-selling automobile in the U.S. market.