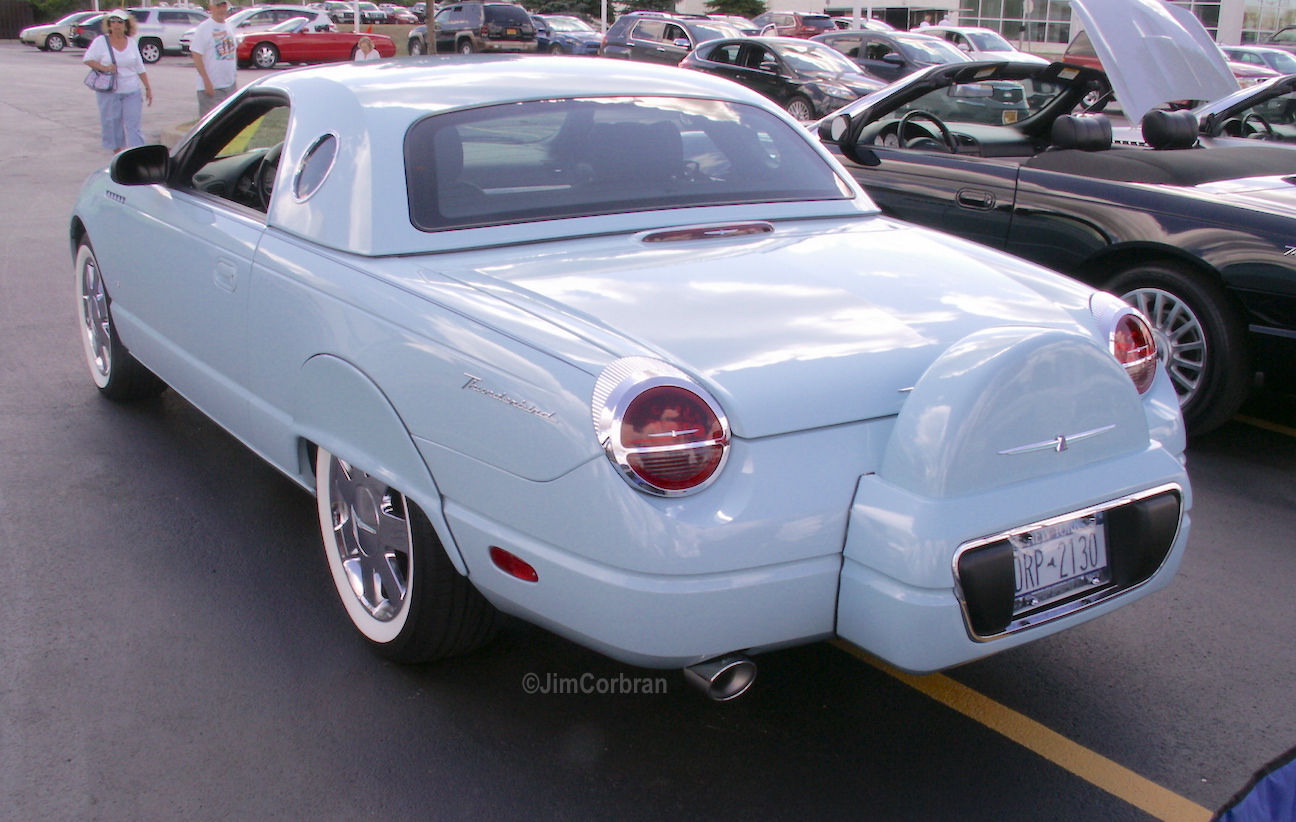 The accessories on this 2003 Ford Thunderbird are a real throw-back to the J.C. Whitney days. Wide-whites, fender skirts, continental kit — the only things missing are a pair of dummy spotlights and a set of curb feelers. And maybe some fuzzy dice hanging from the mirror. The 11th (and final) generation of T-Bird (so far) was produced from 2002-2007. This powder blue example was seen last summer at the Thunderbird owner’s club meet at West-Herr’s Clarence used car dealership.