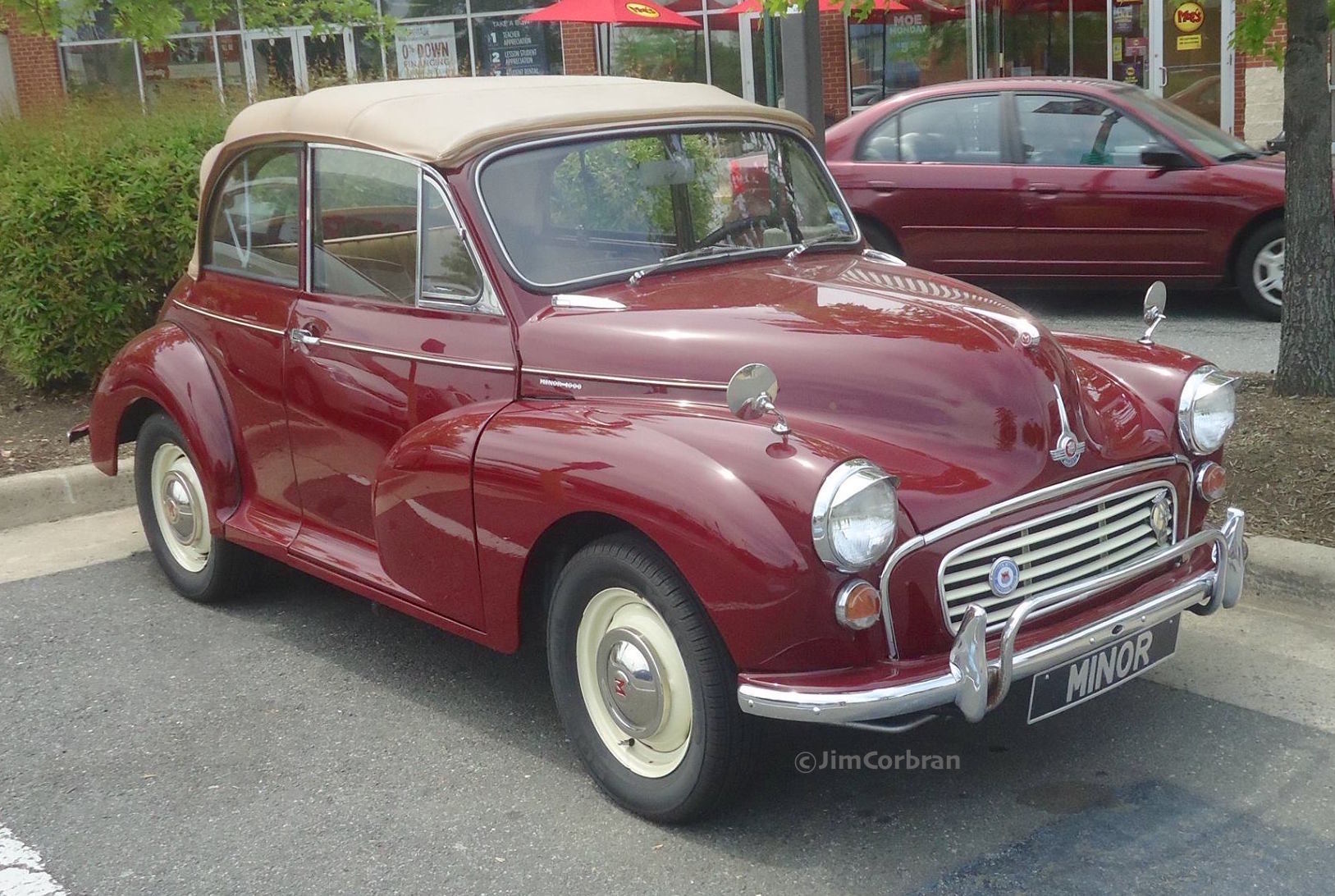 We’re letting someone else do the heavy lifting this week as we ease ourselves into 2017:
It’s Day 3 of Ex-Pat Week — WNYers living out of town sending us their finds!

This 1969 Morris Minor 1000 was sent to us by Nick Otto, where the Arlington resident found it a few summers ago in Falls Church, Virginia, another, smaller city just inside the Beltway. The Minor was built from 1948-71, and it was the first British car to sell over one-million units. It was was designed by Alec Issigonis, who was also the father of the Mini. You don’t see a lot of Minors around anymore — at least not here in the States; don’t imagine that a large number of them are Tourers (convertibles) either.