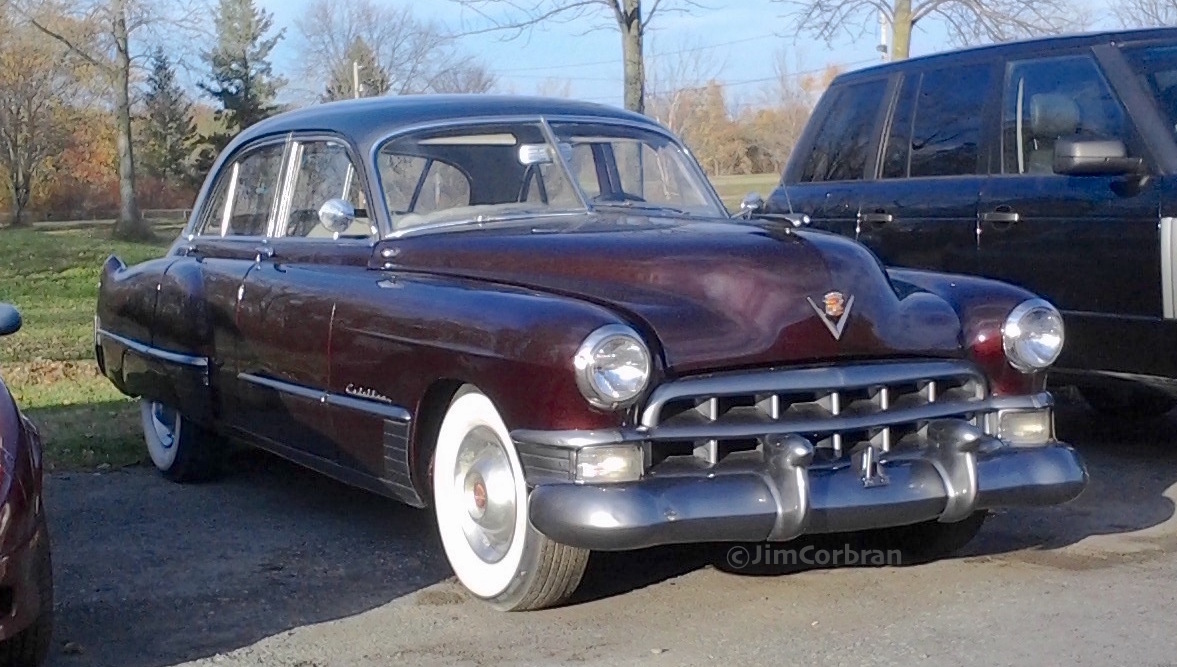 We pretty much have the lineup which includes this 1949 Cadillac Series 62 Touring Sedan, along with its immediate predecessors in 1948, for the advent of a mid-20th century styling fad. Cadillac, in their promotional pieces, referred to them as “…the smart, aircraft-inspired ‘rudder-type’ fenders,” which we now call tail fins. The styling of the ‘48s and ‘49s, we were also told, “…presents a dramatic picture of fleetness, of smartness, of luxurious design.” Those copywriters sure knew their stuff! This example was seen last year in Youngstown.