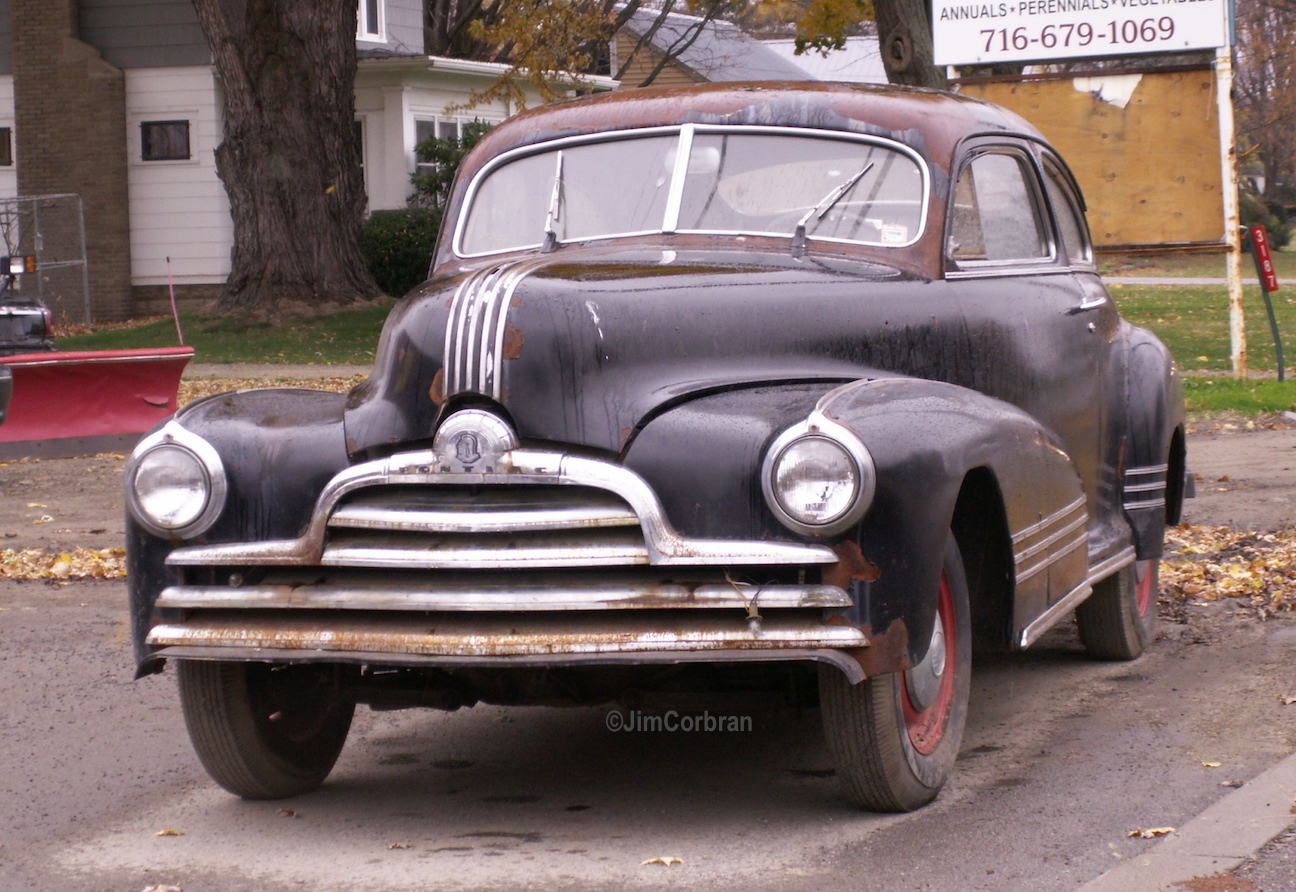 After the end of World War II, Americans were hungry for new cars, and to satisfy the void left by years of war materiel production, many automobile manufacturers merely refreshed their 1941-42 models and shipped them off to dealers. This 1947 Pontiac Torpedo Sedan Coupe is a prime example, and thousands of them went to car-hungry buyers who couldn’t (or maybe just wouldn’t) wait for new designs (which wouldn’t show up until model year 1949). Saw this black two-door a while back in the Town of Sheridan.