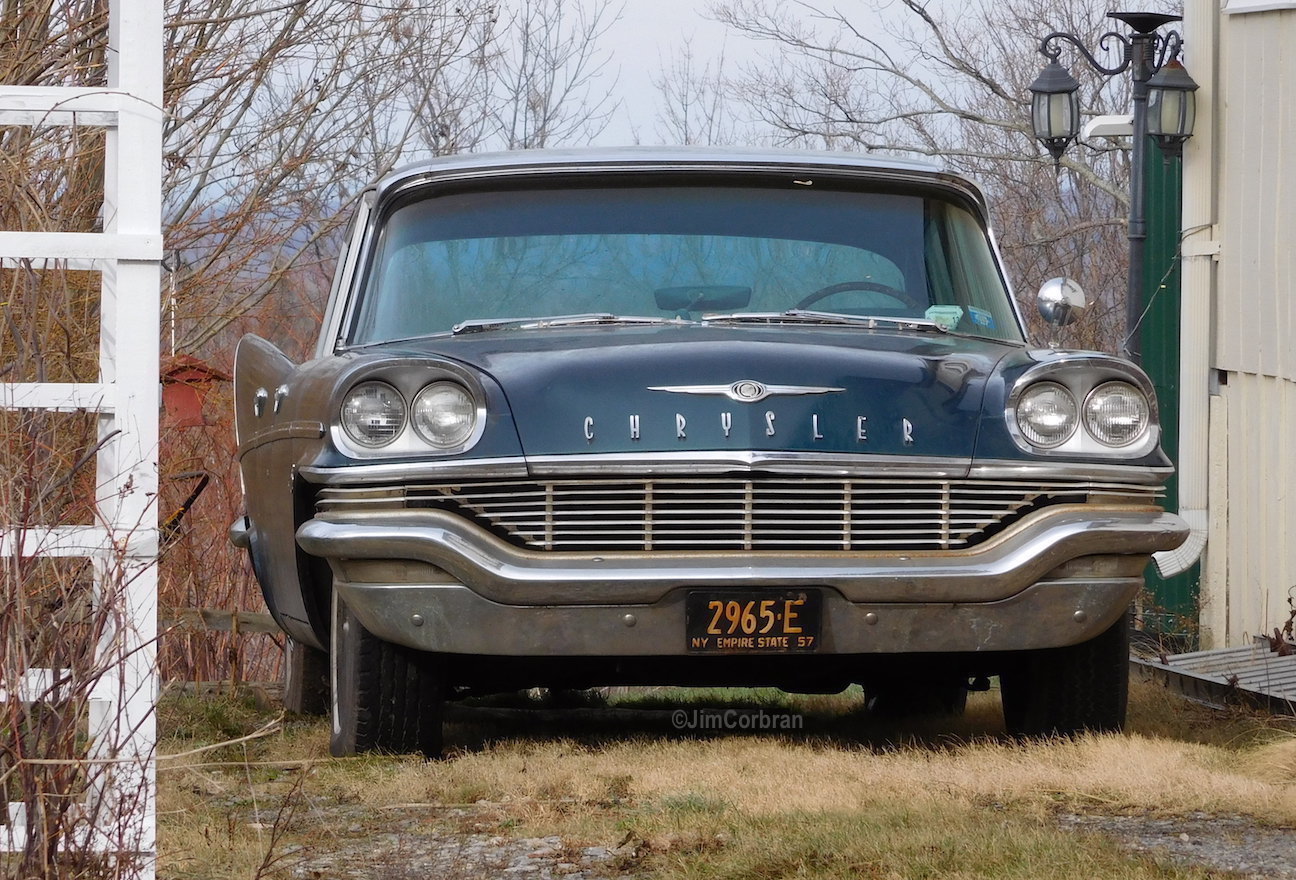 It took me a while to figure out what was odd about this 1957 Chrysler Windsor four-door sedan. After hours of staring at the photo I realized it seems to be wearing a modern-day Town & Country minivan grille emblem on the hood in place of the simpler circular one originally placed there (inset). This was the first year of Chrysler’s Forward Look design which sent General Motors into panic mode; GM scrapped their entire proposed 1959 lineup and rammed through new designs in record time to better compete with Chrysler Corp’s new, modern look. Saw this one a couple of weeks ago in the hamlet of Pekin.