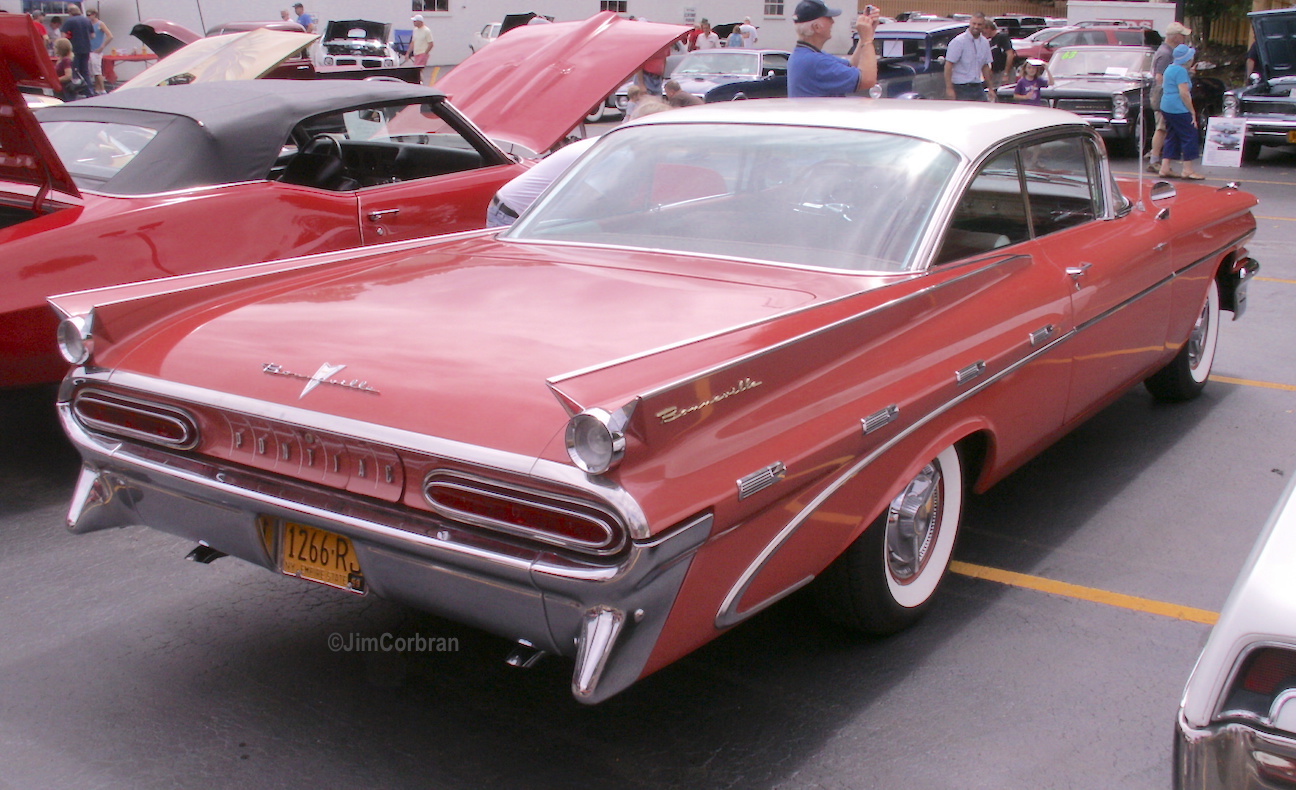 The 1959 Pontiac Bonneville, like the one seen here at last summer’s Pontiac/GMC show in East Aurora, was the top-of-the line nameplate for the brand. This year marked the Bonneville’s first as a more complete series, with the addition of a four-door hardtop and a station wagon to the already-existing convertible and hardtop coupe.
The brochure told us the new Pontiac had “…the widest, steadiest stance in America—better cooling for engine and brakes—lower center of gravity for better grip on the road, safer cornering, smoother ride, easier handling.” It was the birth of Pontiac’s Wide-Track advertising campaign.

The post RealRides of WNY appeared first on Buffalo Car