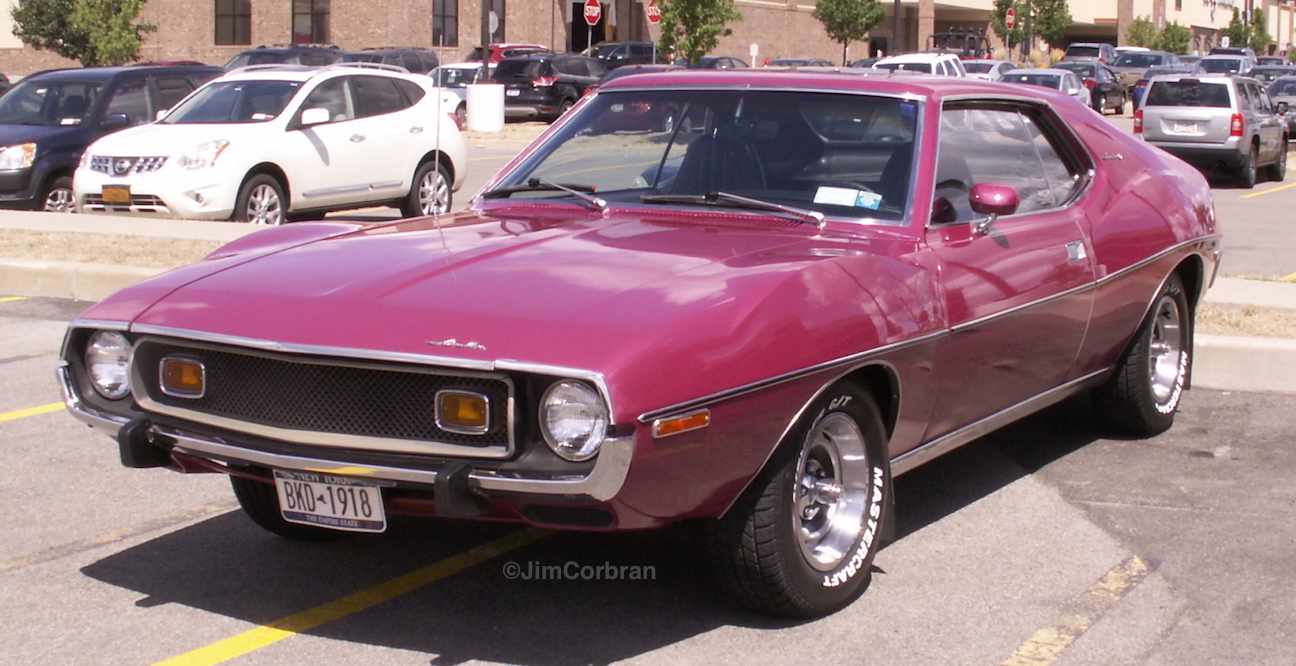 It’s not often I get the chance to follow a RealRide down the road for a picture, but last summer on my way to the WNY Thunderbird Show in Clarence I spotted this 1973 AMC Javelin going the other way in traffic. By the time I’d turned around in a nearby plaza I lost the Javelin, but as I was about to exit the parking lot, there it was, parked off to the right. Very distinctive-looking cars, especially the front end, which AMC described as having a “…fast-sloping hood,” and “bubble fenders.” Don’t see many of these around anymore. A real bonus would be finding one with the very colorful, optional Pierre Cardin interior.