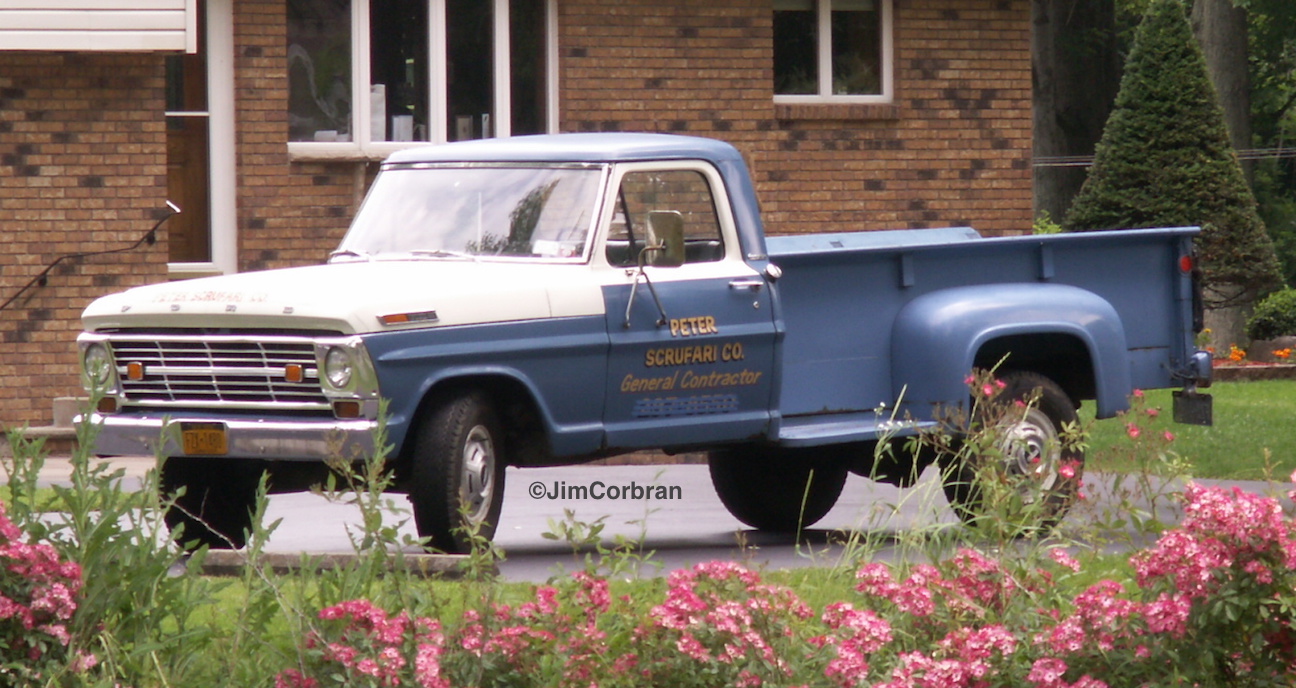 I love finding these old trucks which look like they could still be in service. This 1969 Ford F-250 Flareside might look like it’s wearing the pickup box from a 1950s truck, but this is really how they came from the factory. Either not a lot of thought went into styling the back end, or Ford really did have a bunch of leftover 1950s boxes which they continued to use years later. I found this one in the Town of Lockport a couple of summers ago.


(Update: an internet search turned up this Pictaram post (along with another photo) from last summer on a page owned by a Peter Scrufari: “My great grandpa bought this truck new in 1969 for his construction company and it’s been driven by my family ever since. It still has less than 100,000 miles on it. The number on the side is still great-gramma Betty's home phone number.”)