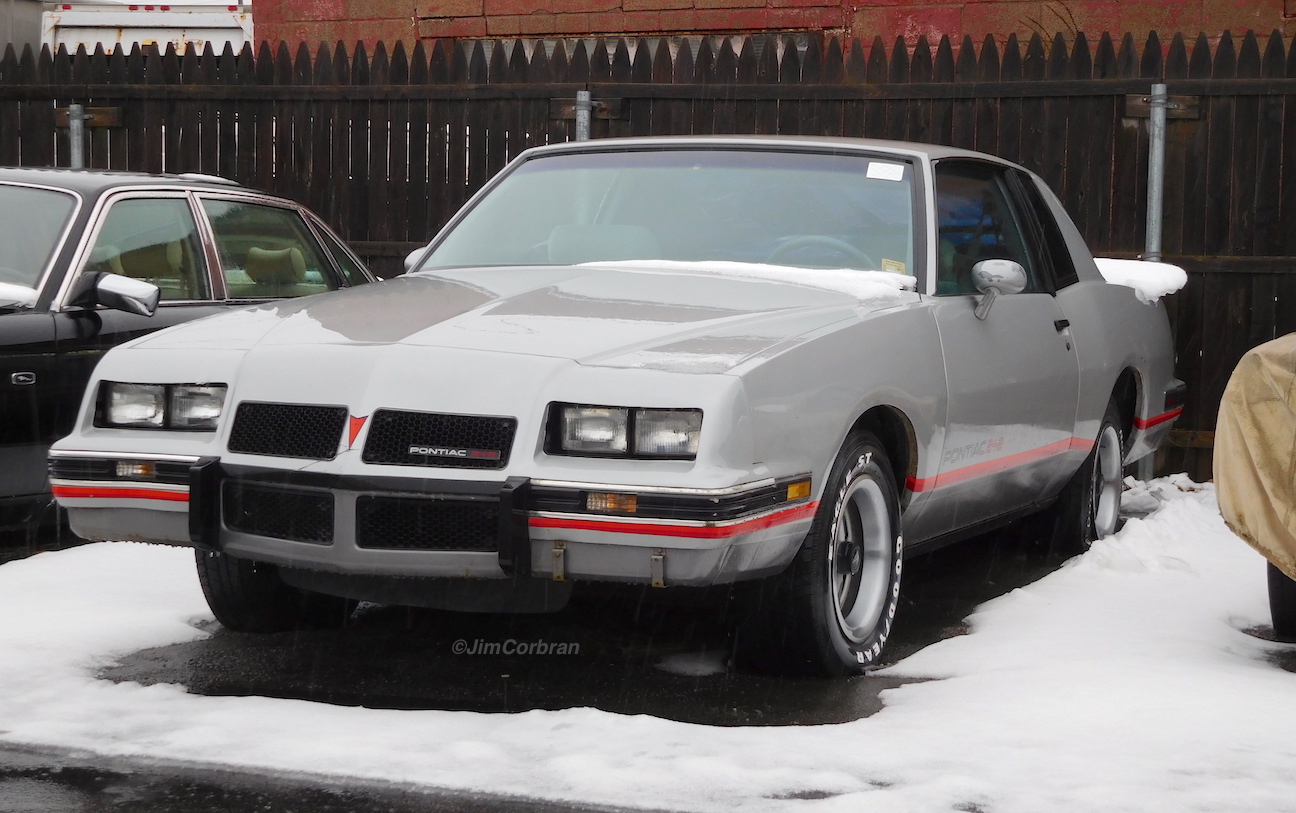 Although you couldn’t see it when I took the photo, this 1986 Pontiac 2+2 has a fastback, or maybe more correctly, a bubble-top roofline (see the Hemmings photo below). It also has a more aerodynamic front end than “regular” Grands Prix (Grand Prixes?). The reason? GM’s cars weren’t doing all that well against Ford’s much sleeker Thunderbird in NASCAR races, so the drivers asked for a better design. Voila! GM had to build a certain number of these (as well as the nearly identical Chevy Monte Carlo version) for sale to the public in order to qualify under NASCAR’s rules. Saw this one last week in Tonawanda.