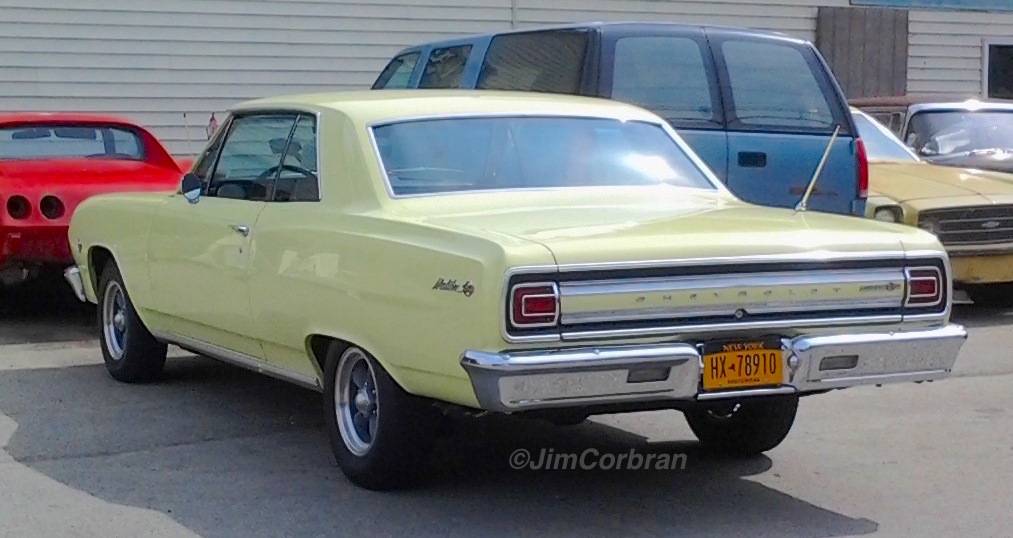 This clean-looking Crocus Yellow 1965 Chevrolet Chevelle Malibu Super Sport was the top of the mid-sized Chevy line back in the middle sixties. Over 100,000 copies of the Malibu SS left the factory for 1965, in both two-door hardtop and convertible body styles, with either six- or eight-cylinder power under the hood. IMO, probably not many were built with the six, but, then again, some folks are all show and no go! Saw this one last year in Wheatfield.