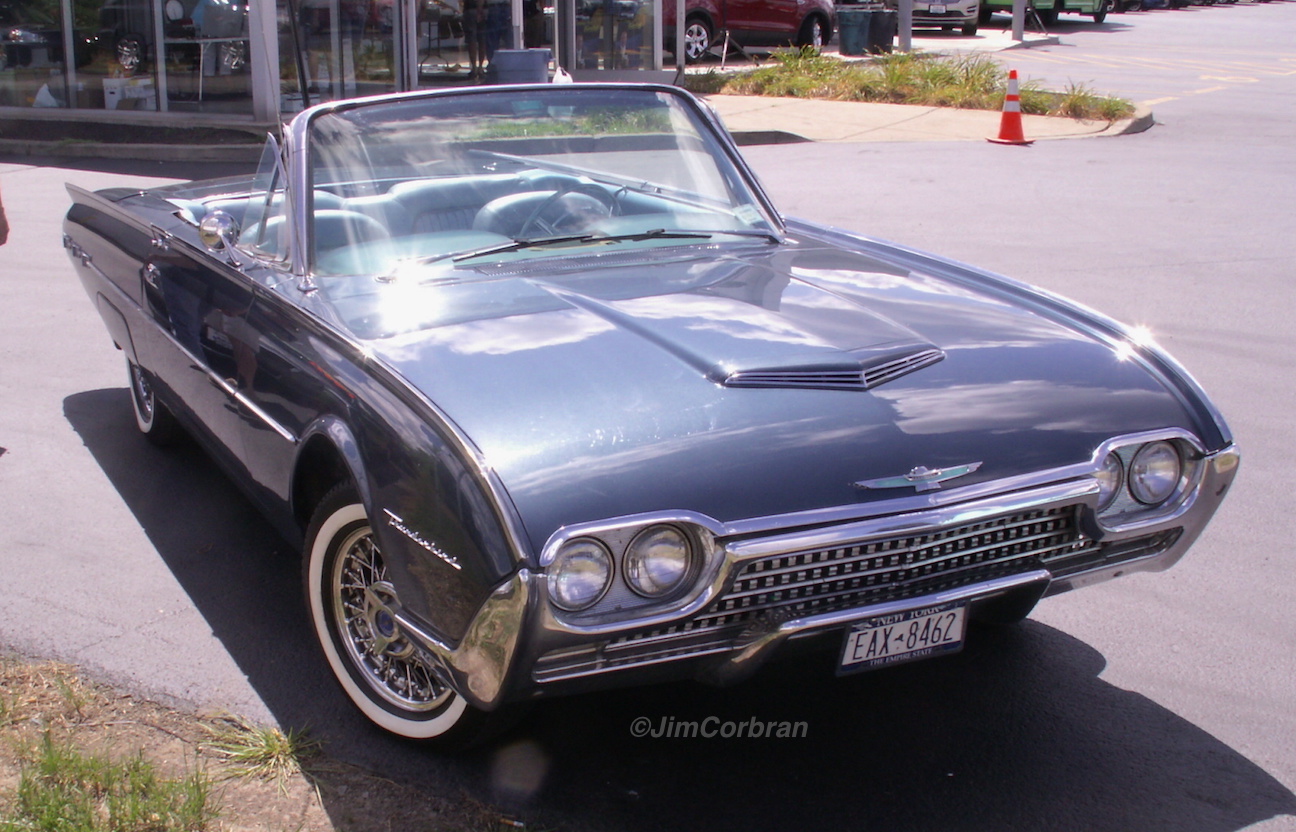 Seeing a 1962 Ford Thunderbird convertible always reminds me of the old television series 77 Sunset Strip. Seems like back in the early 1960s, all detectives drove cool cars. Then later on came guys like Columbo and Kojak who drove cars which were anything but cool — the word frumpy comes to mind. This dark blue example was found last summer at a Thunderbird owners gathering in Clarence.