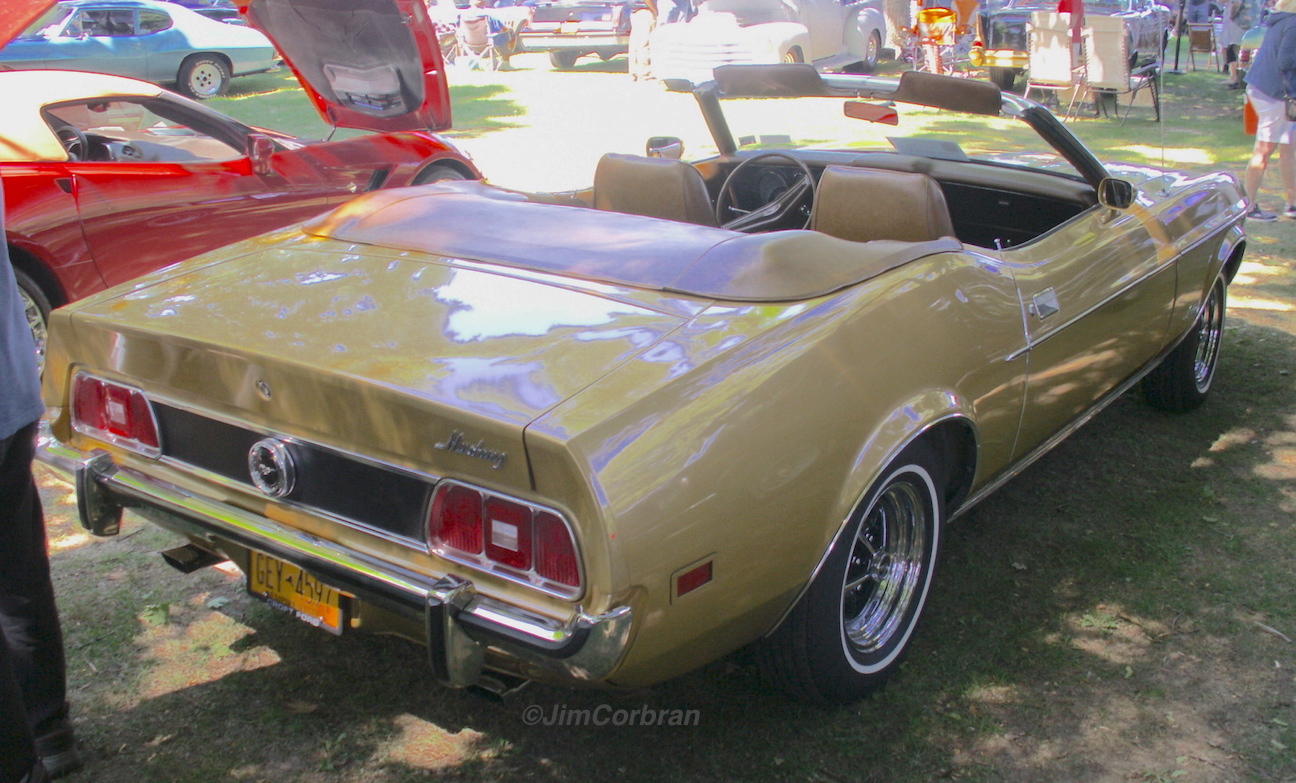 In its brochure, Ford describes this 1973 Mustang as “…an experience in control and balance.” What was maybe out of control in 1973 was the Mustang’s size. Years of constant growth made this the largest Mustang yet. Ford must have had an epiphany after designing it, because a year later they introduced the new, smaller, Pinto-based Mustang II — which led to another epiphany a short time later. A return to the original pony car size came about for MY 1979. This gold convertible was seen at last summer’s Olcott Beach Car Show.