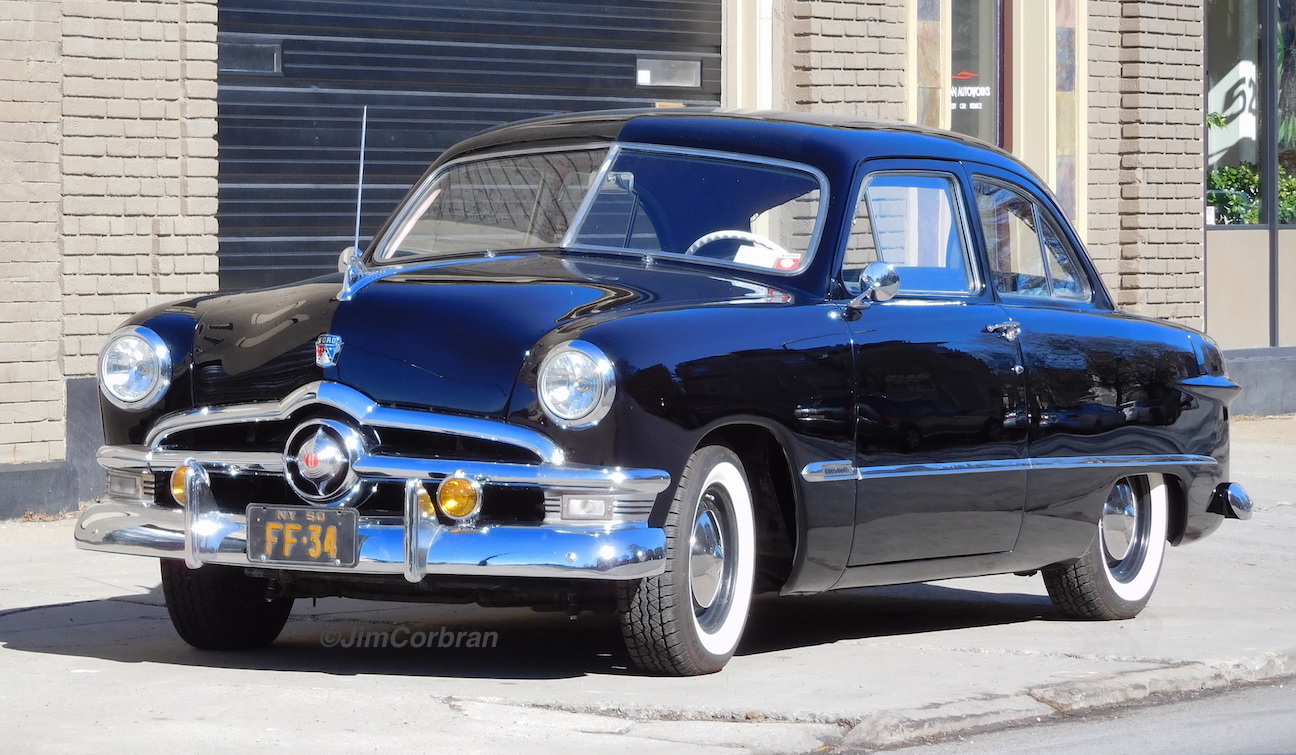 Found this nifty 1950 Ford Custom recently while bicycling through Buffalo’s West Side. The ’49-’51 Fords are affectionately known as Shoe Boxes, a nod to their shape — the first real post-WW II cars to come out of Dearborn. This was kind of a rush, design-wise, as the cars that were supposed to be the new 1949 Fords were instead built as the new Mercurys. Parking the two side-by-side shows quite a contrast — a difference between the Ford and Mercury cars that would erode little-by-little as the years went on. Not often you see a shoe box these days looking as original as this one, as many of them have been hot-rodded and/or customized over the years.