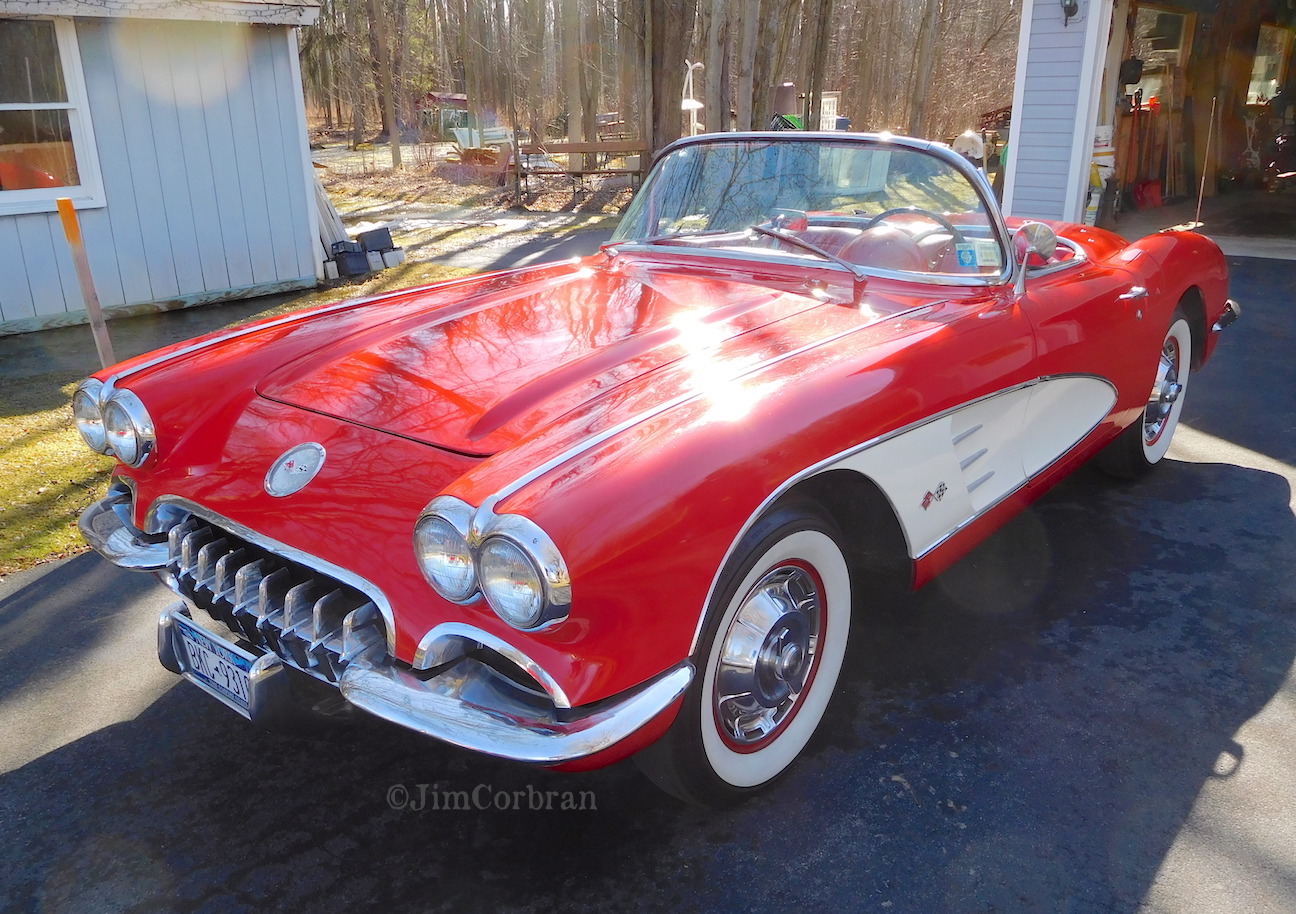 Besides the fact that it’s simply a beautiful car, there are a couple of things which make this 1959 Chevy Corvette stand out: it has a hydraulically operated top (not as complicated as Ford’s Skyliner, but… you don’t just push a button and have the top disappear, either!); and, it’s been wearing the same set of Lester brand tires for 40 years! It's equipped with a 283 cu. in. V8 and a Muncie 4-speed transmission, and was build #2222 off the St. Louis assembly line. It’s owned by RealRides reader Tom Chiaramonte of East Amherst.