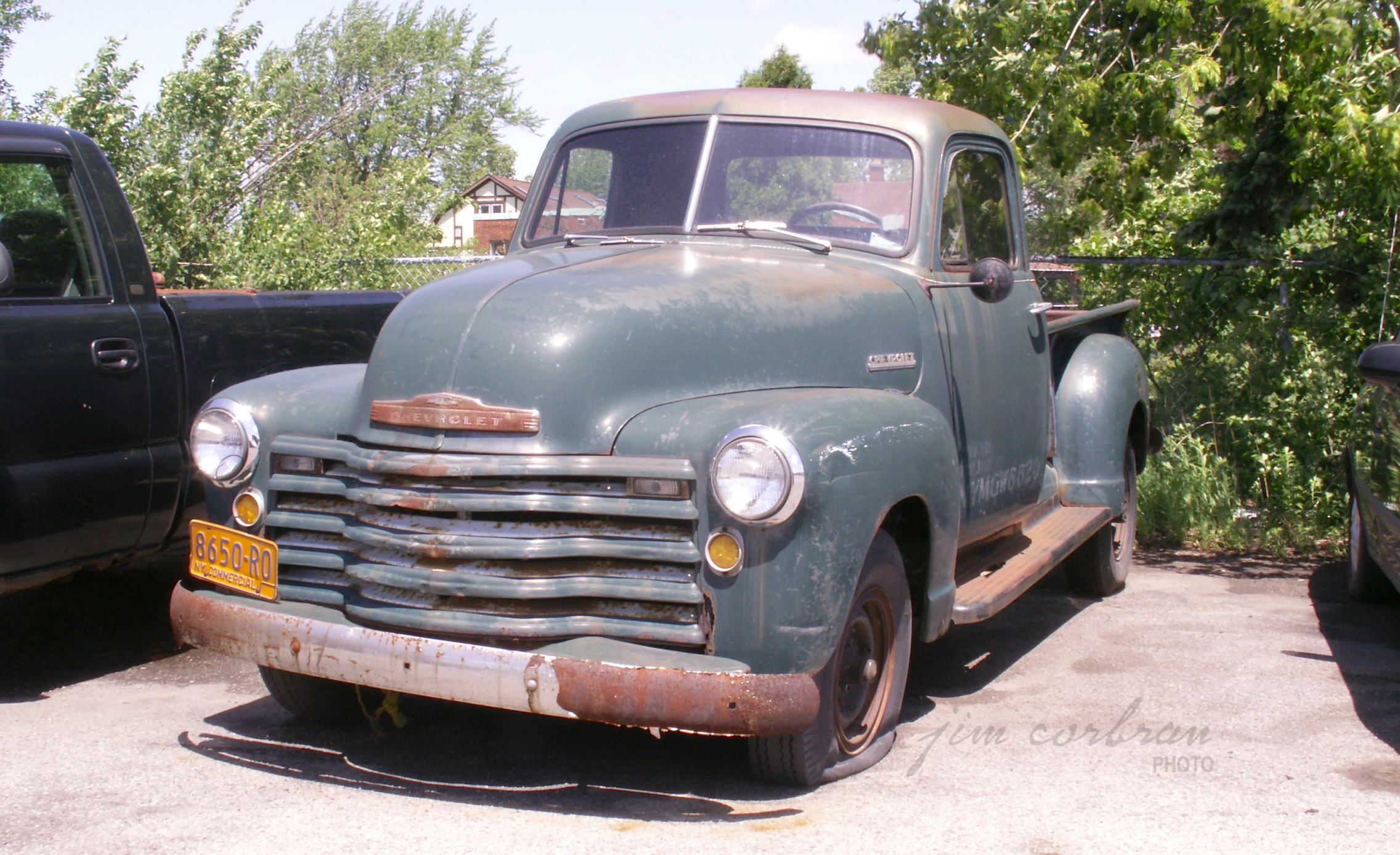 This 1951 Chevy pickup was built during the fifth year of an eight-year styling cycle — Chevy’s first of the post-war era. There weren’t many outward differences from those first ‘47s right on through to the ‘53s, but a major front end change (and a one-piece windshield) really distinguished the ‘54s from the rest. You can tell this is a ‘51 because it was the first year for vent windows as well as the final year for pull-down outside door handles. Took this photo a few summers ago in Tonawanda, where the truck still can be seen in pretty much the same spot.