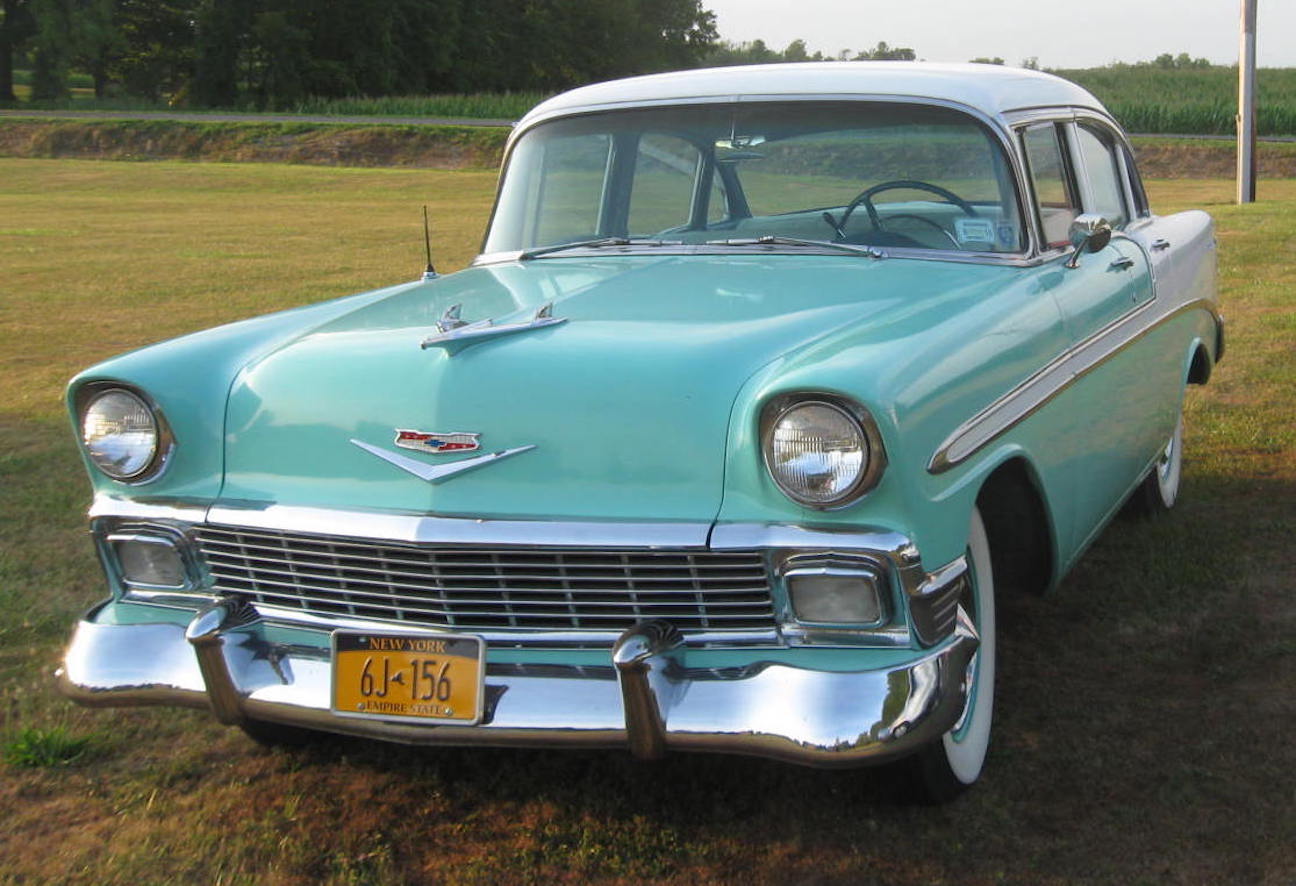 This 1956 Chevy Bel Air, purchased last summer by RealRides reader Peter Pucak of Clarence, has only 56k on the odometer. It still has its original interior (including the carpets), and under the hood is Chevy’s Turbo-Fire V-8 — 265 cu. in. rated at 170 hp. Built at GM’s Los Angeles assembly plant, Peter’s ’56 was purchased new in Oregon; six years later it was driven to Ontario, N.Y., where it was traded for a new ’62 Chevy. Seen here photographed in Canandaigua.