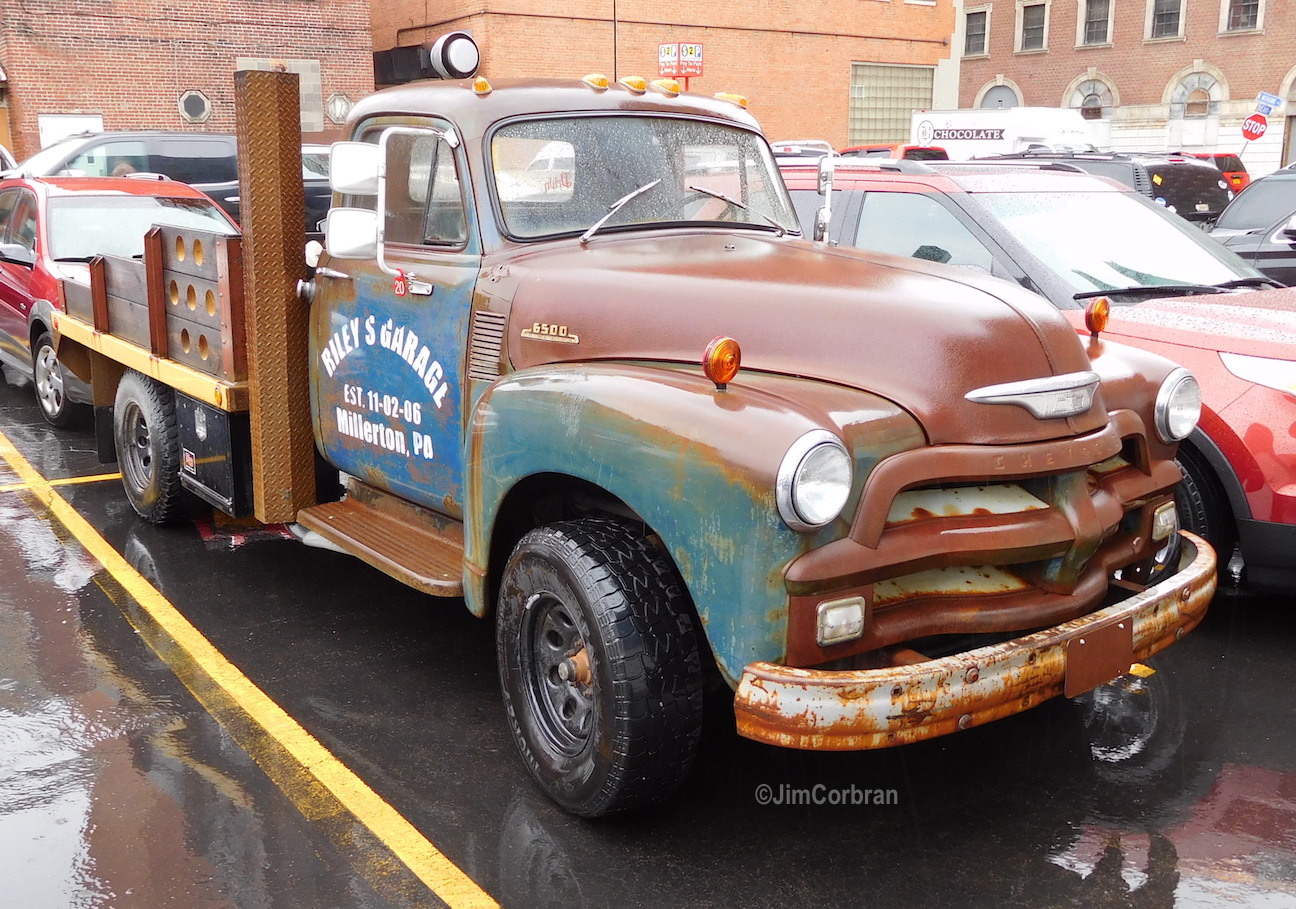 Was in downtown Buffalo a few weeks ago for the 2017 Motorama at the Convention Center, and in one of the lots nearby (just off Bean Alley) was this 1954 Chevy 6500, the Bowtie division’s biggest pickup-based truck offered that year. The brochure (found at oldcarbrochures.com) tells us this thing had a 179-inch wheelbase and a gross vehicle weight of 16,000 pounds. Under the hood was a 112-hp, 235.5 cu. in. six-cylinder engine (which took 18 qts. of oil!), and it was mated to a four-speed manual transmission. That must have been some drive up from Pennsylvania!