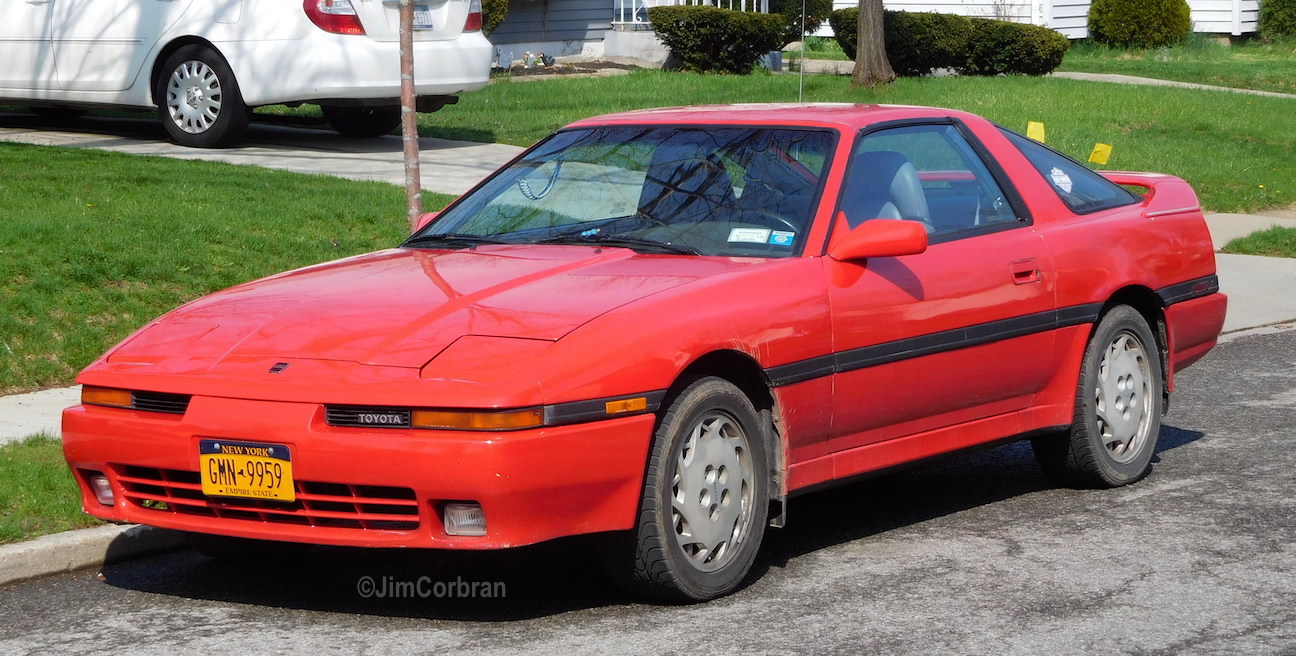 Saw this 1988 Toyota Supra over the weekend while bicycling around Tonawanda, probably the first one I’ve ever seen with a trailer hitch! When the Supra was introduced in 1978, it was pretty much a Celica, stretched to accommodate an inline six-cylinder engine (Celicas were all fours). In fact, they were sold as the Celica Supra until mid-1986 when, after a total makeover, the Celica moniker was dropped. Presently in the works is a joint venture by Toyota and BMW to bring back the Supra name for the 2018 model year. BMW’s version will be called Z5, replacing its current Z4 sports car.