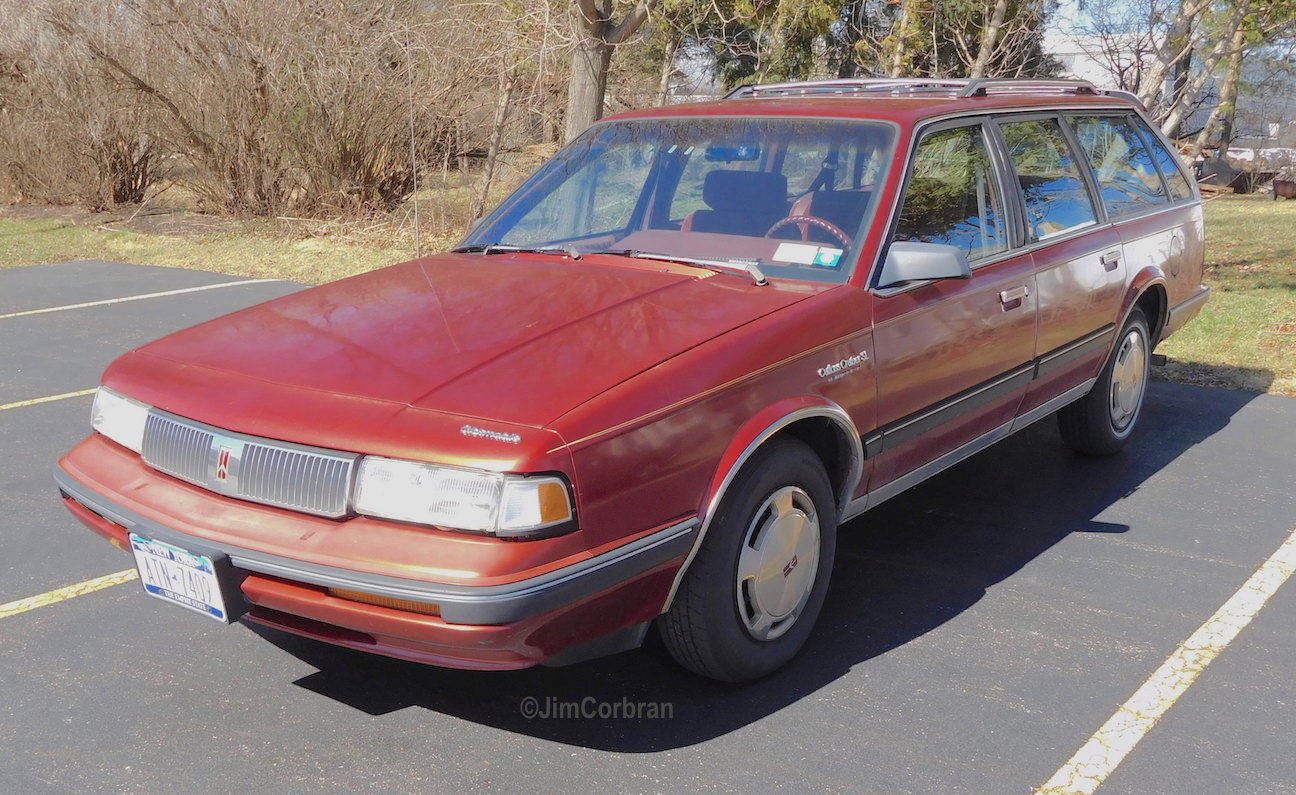 This 1991 Olds Cutlass Cruiser SL wagon is owned (and driven regularly) by RealRides reader Frank Coloprisco of Amherst, and it’s equipped with the optional 3.1L V6 and rear-facing third-row seat. These things were normally-sized (as opposed to an SUV or a minivan), yet still held eight passengers, and with the seats folded down could carry almost 75 cu. ft. of cargo. This car is pretty rare, as only 3,247 of them left the factory; just over two-thousand more would be made in the next two years before the Olds Cutlass wagons were phased out. Looks like this one was originally purchased at Henry Olds-Cadillac-Pontiac in Geneva, New York.