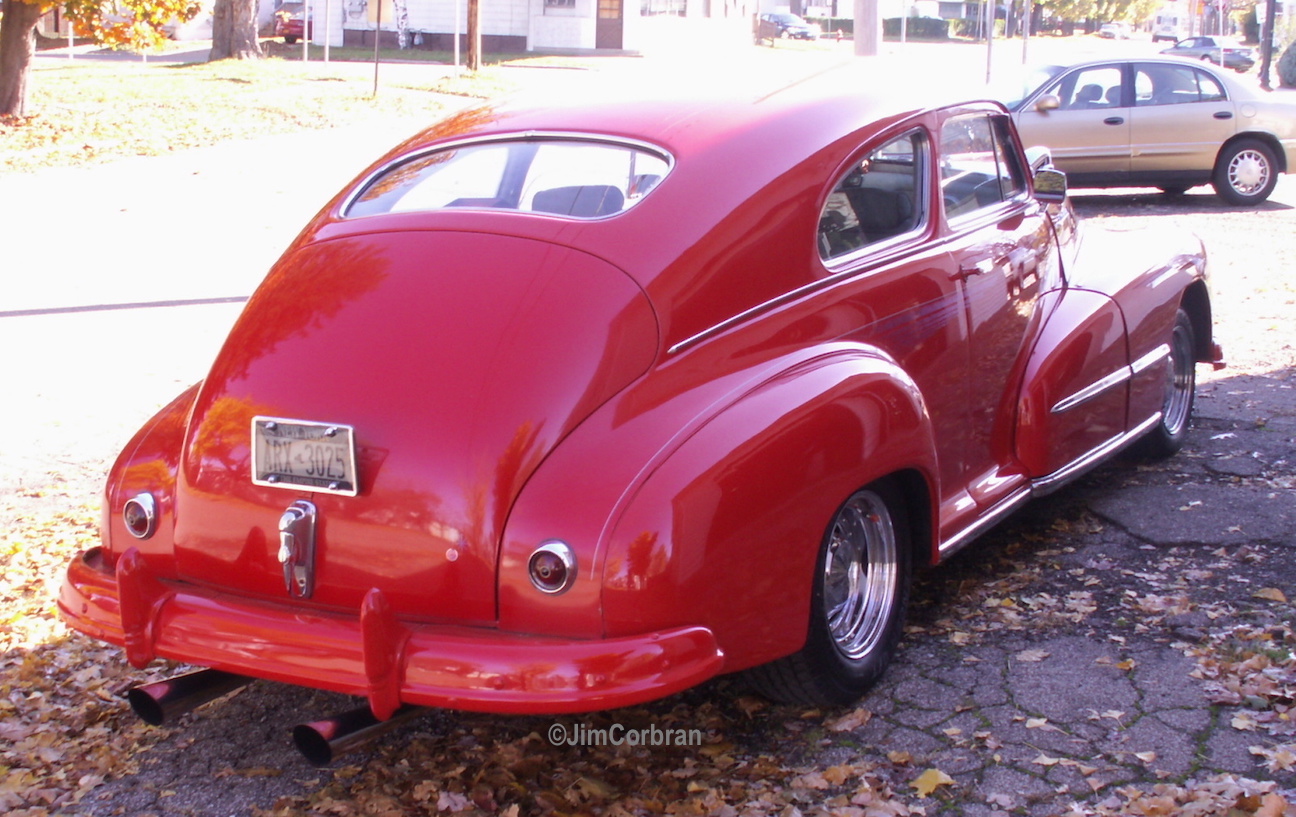 A lot of cars seem to have survived from the 1940s, but some unscientific research — mainly me looking around — has shown many of them to be something other than one of these. So it’s always great to come across a 1948 Pontiac, like this customized sedan-coupe seen last summer in Dunkirk. Pontiacs came in two series that year, the 119-in. wheelbase Torpedo, and the Streamliner, which had an extra three inches between axles. Pontiac still didn’t have a V8 in 1948, but made do with a straight-six and a straight-eight. This was the first year that GM’s Hydra-Matic Drive (automatic transmission) was available on Pontiacs.