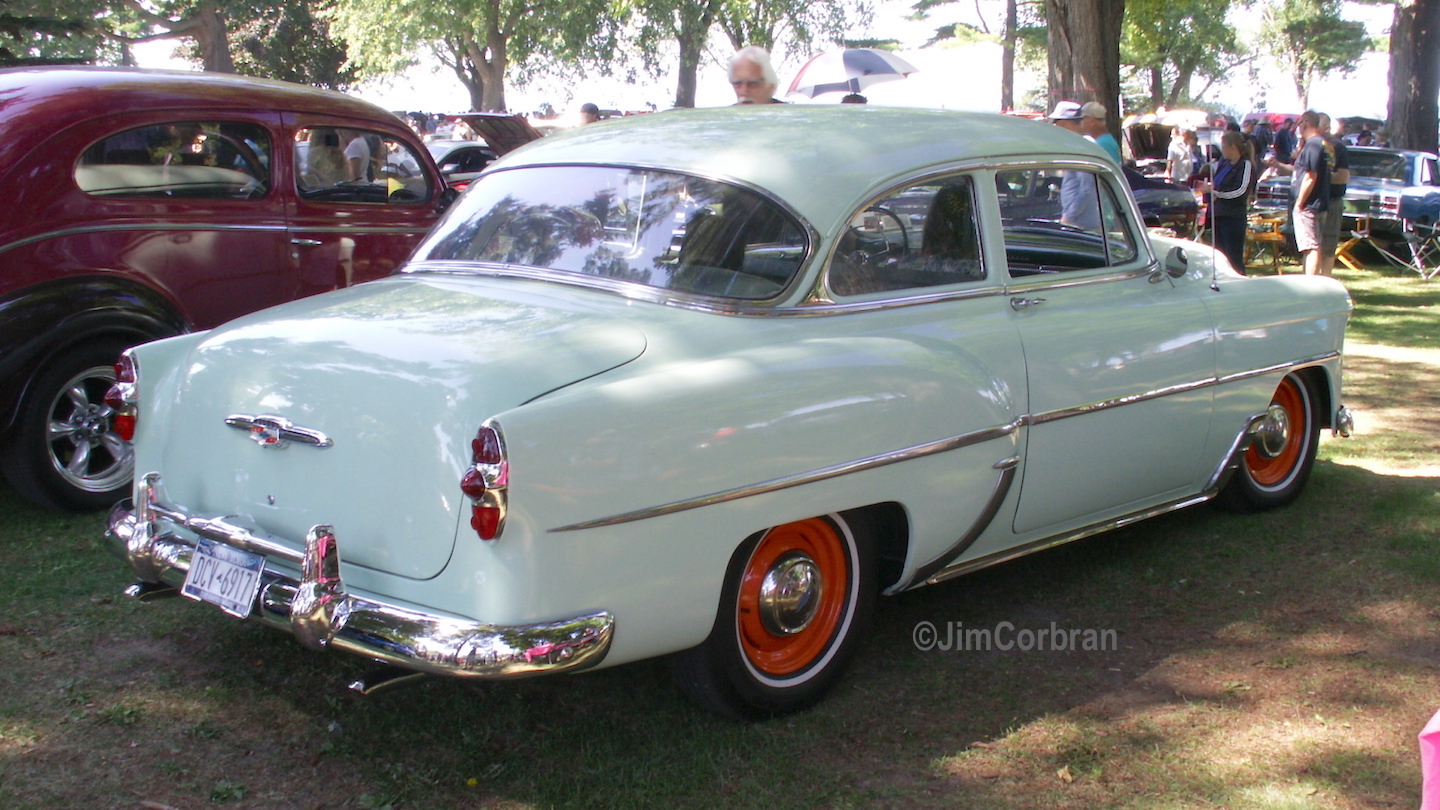 You’ve gotta love the color scheme on this 1953 Chevy Two-Ten two-door sedan. The Surf Green paint job is really set off by the orange rims and non-period narrow whitewalls. Poking out the back are a set of dual exhaust pipes, which may or may not be connected to Chevy’s 235.5 cu. in. straight-six engine. A V-8 wouldn’t make a factory appearance for two more model years. Caught this one just as it was pulling out of last summer’s Olcott Beach Car Show.