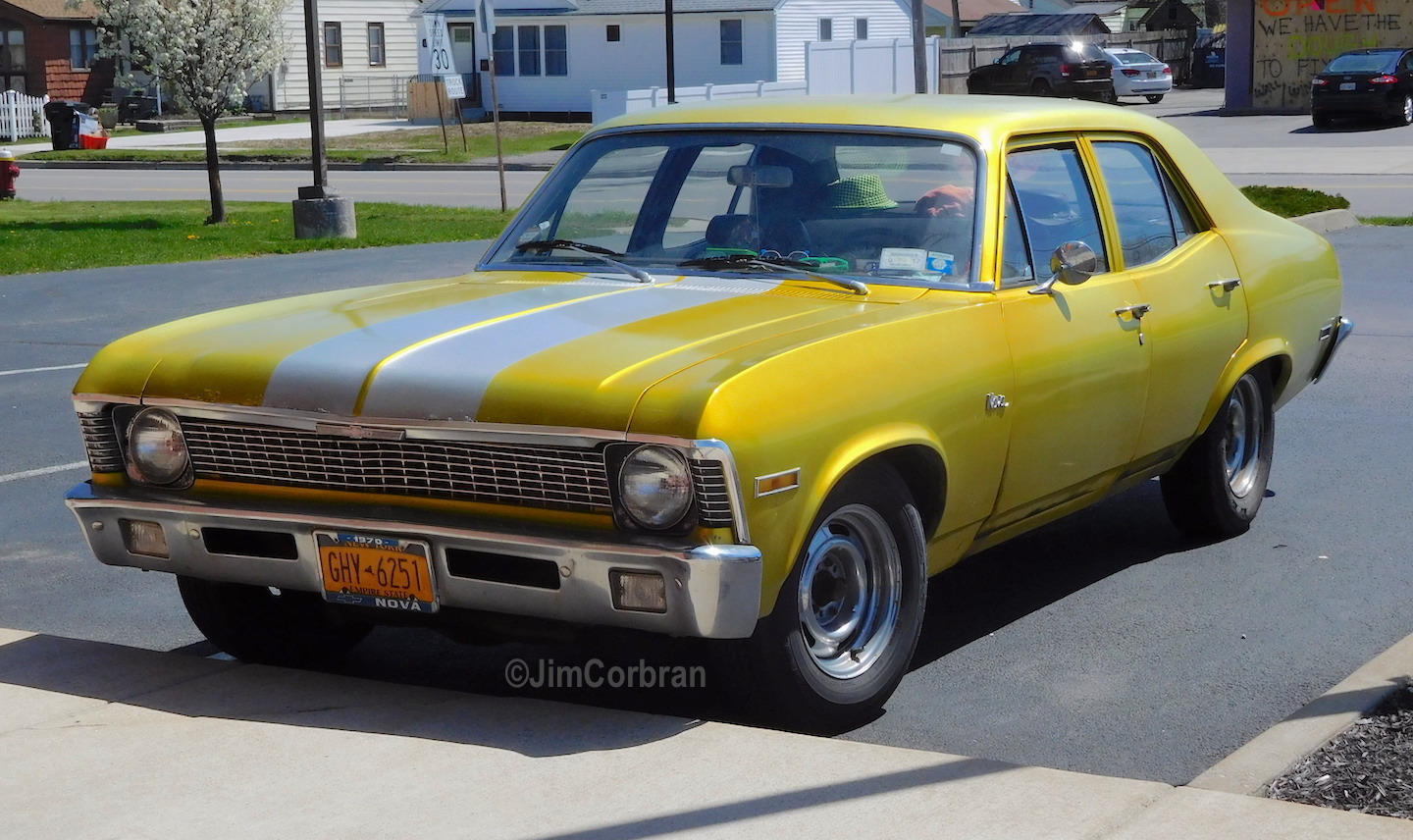 If you were in the market for an American compact 47 years ago, there’s a good chance you ended up with one of these: a 1970 Chevrolet Nova — Chevy sold over a quarter-million of them. This was the third year for the second-generation Nova, which began life in 1962 as the Chevy II, with the Nova nameplate being its top-of-the-line offering. Those first cars were offered in a full line-up of body styles: two- and four-door sedans, two-door hardtops and convertibles, and four-door station wagons, but the 2nd-gen cars were offered only as two- or four-door sedans. Came across this one recently in Tonawanda.