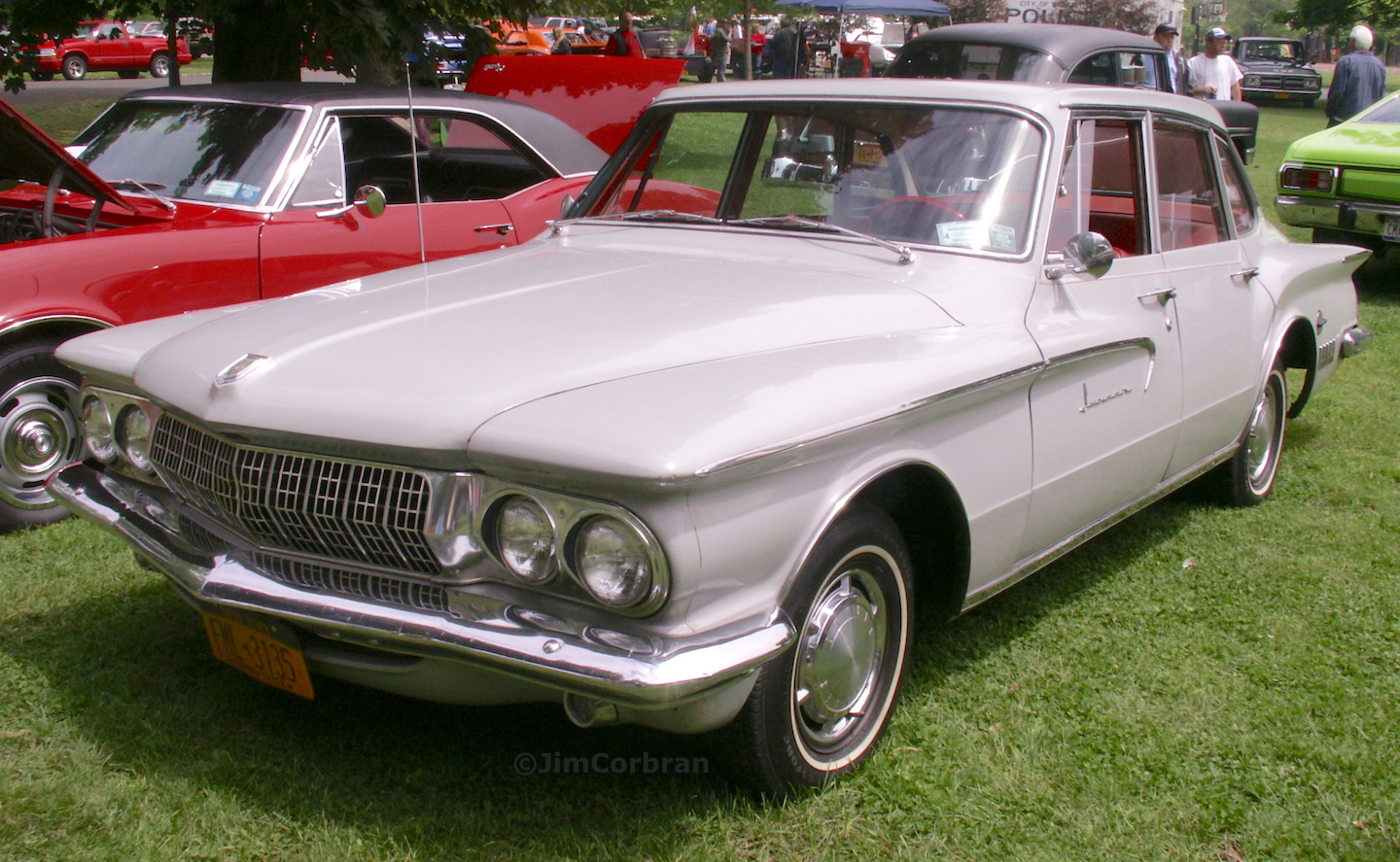 This 1962 Dodge Lancer 770 was based on Plymouth’s Valiant and served the Dodge division in the compact car market until the Dart came along a year later. The first Lancer appeared for MY 1961 in two series: 170 and 770. Body styles were two- and four-door sedans, a two-door hardtop, and four-door station wagon. For 1962, a sportier Lancer GT two-door hardtop model was added. This 770 four-door is owned by Steven Botsford of Gowanda, and was seen at THE CAZ Car Show last weekend in South Buffalo’s Cazenovia Park.