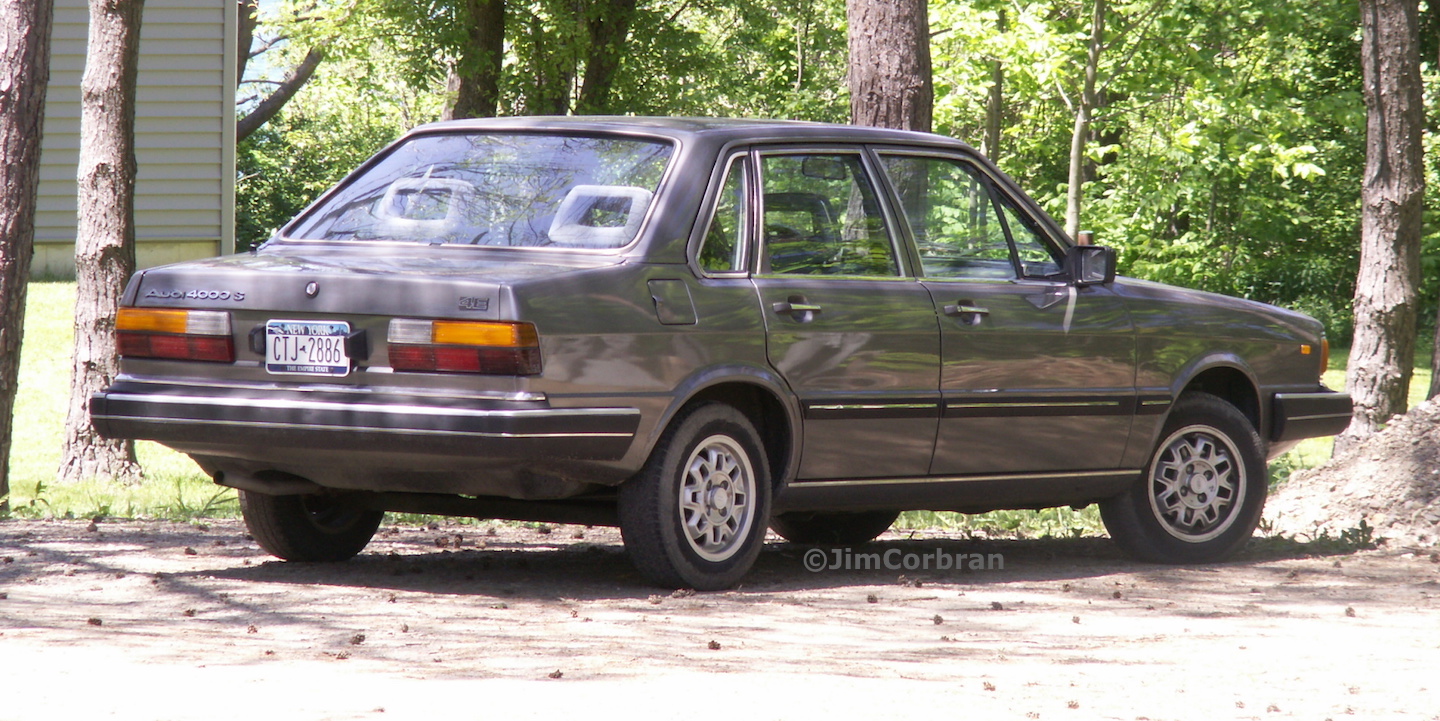 It’s certainly not every day that you come across a c1982 Audi 4000 S anymore. The 4000 was Audi’s replacement for the Fox (Audi 80 in Europe), and was introduced to the North American market for model year 1980. The 4E designation on the trunklid usually indicates a 5-speed manual transmission; 1982 models were equipped with a 1.7L 4-cylinder engine. Some previous 4000 models had five-cylinder engines; and some later cars had diesels or turbo diesels. This one was spotted last week in the Town of Sheridan.