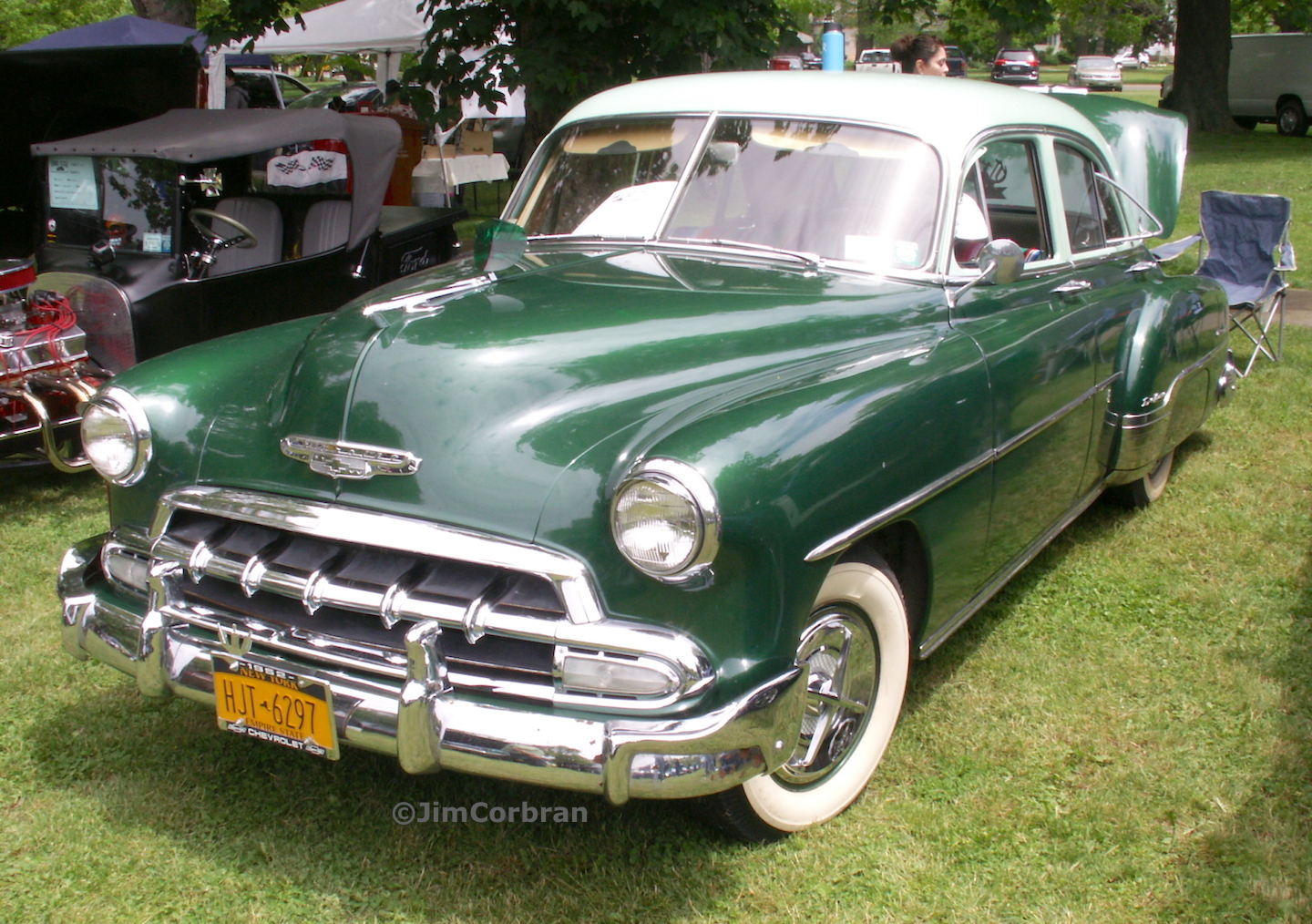 Here’s a 1952 Chevrolet Styline Deluxe from the recent car show in Cazenovia Park. It’s owned by Shawn Sikes of Buffalo, and is equipped with a seldom-seen (by me) hood-mounted bug and snow deflector (which Shawn says really works!), as well as Chevy’s rear fender panels (which most of the world calls fender skirts), and front and rear fender guards (which I would have assumed were mere bumper extensions!). The bug deflector is still available online, but darn, it won’t fit our ’06 Scion xB. Rats.