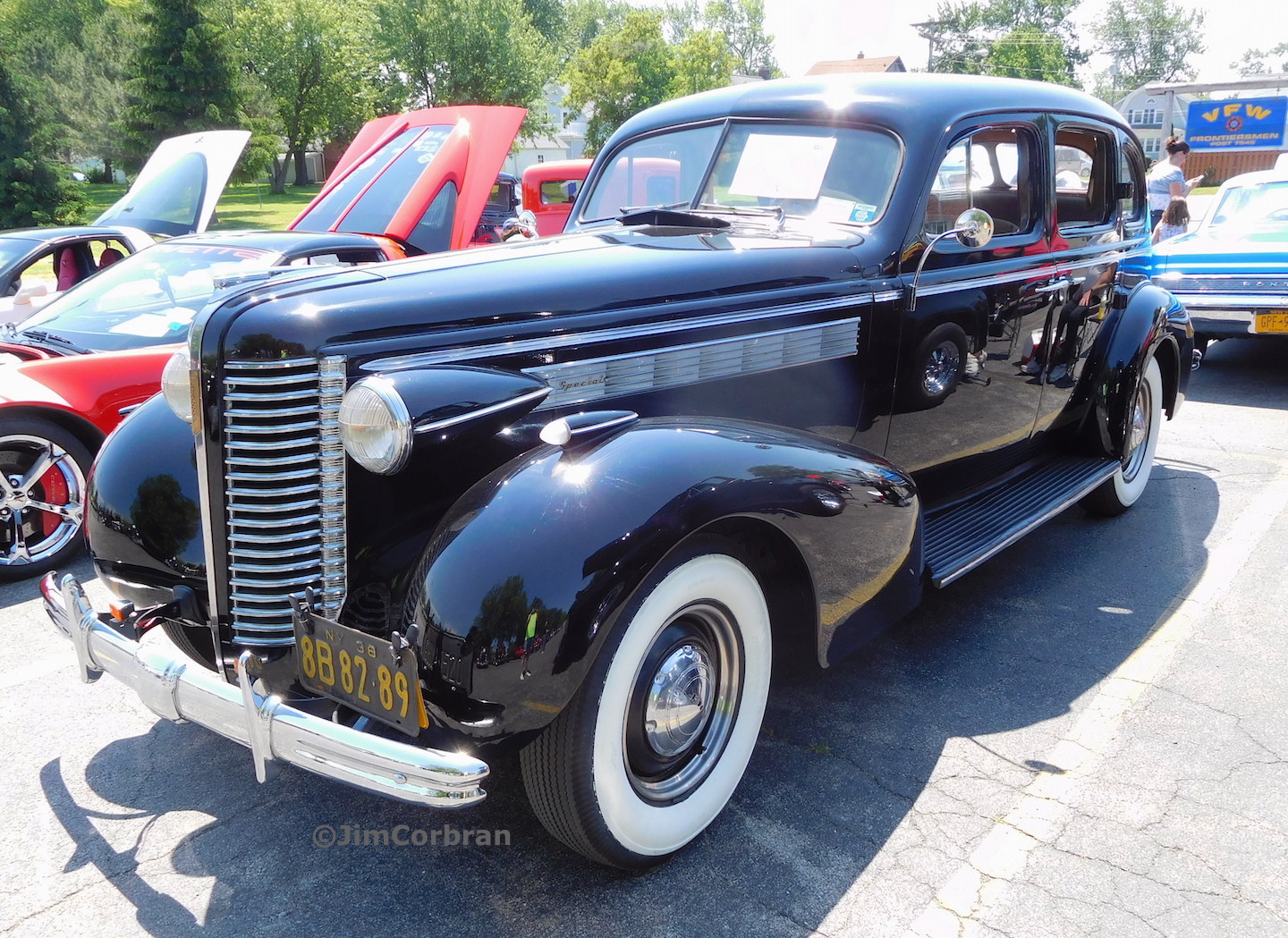 This car is old enough to have been driven by my Dad as a young man — it’s a 1938 Buick Special, seen last weekend at the inaugural car show sponsored by the VFW Frontiersmen Post 7545 in Tonawanda. Buick’s least-expensive series, this four-door Series 40 Model 41 five-passenger four-door touring sedan with trunk back (Whew! That’s a mouthful!) was Buick’s biggest seller for 1938 with over 82,000 leaving the factory. The interior was especially nice, as Buick reminds us that… “Even at home, ash trays are seldom so conveniently at hand as (the) one in the back seat.” Lol…