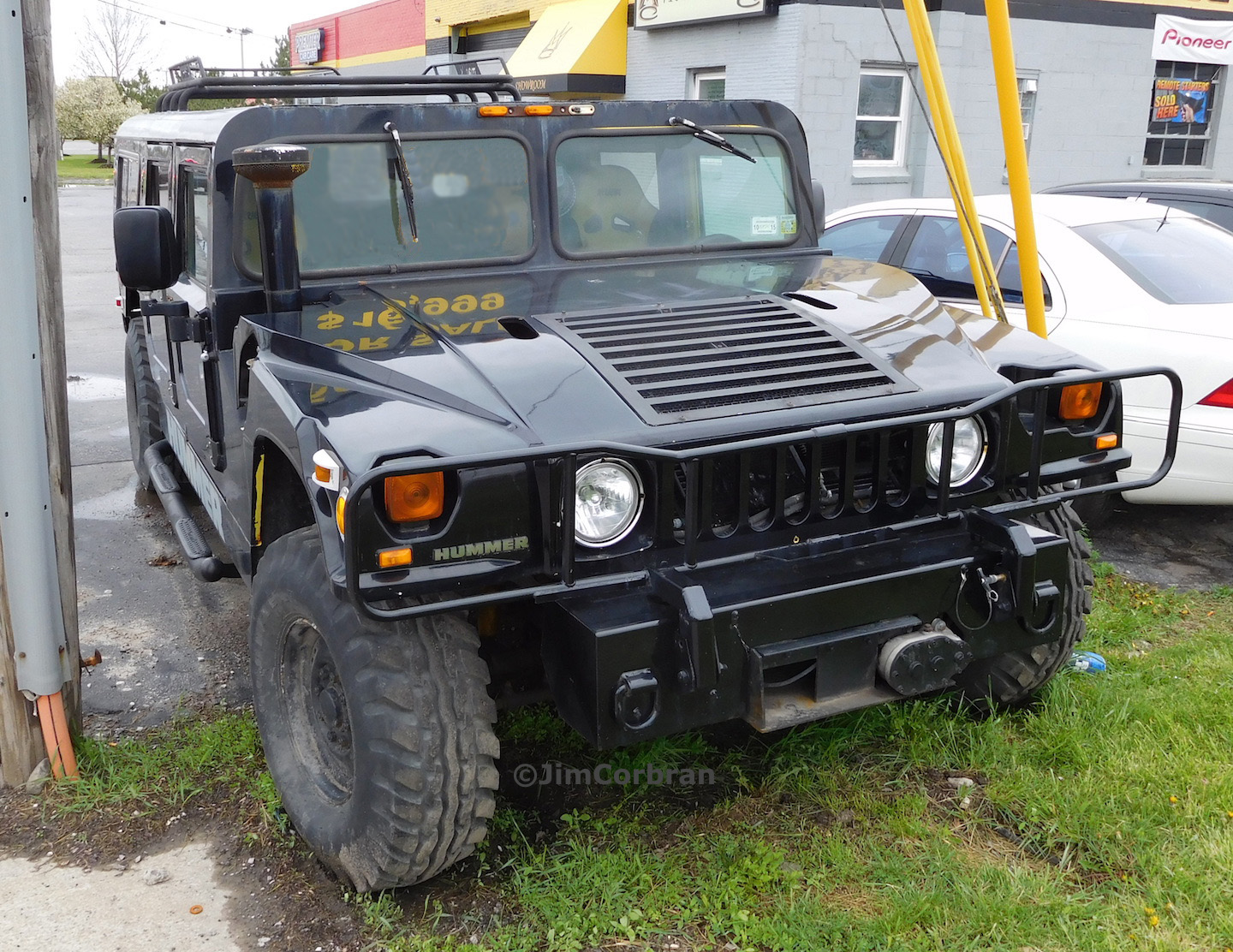 I often joke that some of the bigger, older cars we feature here wouldn’t fit in my Depression-era garage — but I doubt that this 1982 Hummer H1 would even fit in my driveway (or down my street, Lol). This was the Hummer of the military, which General Motors started marketing to the general public after much whining by Arnold Schwartzenegger, who just had to have one! GM purchased the rights to the civilian version from the producer of the military HMMWV (official name of the vehicle which would come to be known popularly as Humvee). Seeing that GM didn’t have a Hummer division until 1992, these early H1s were registered as GMs. Saw this one for sale recently in Tonawanda.