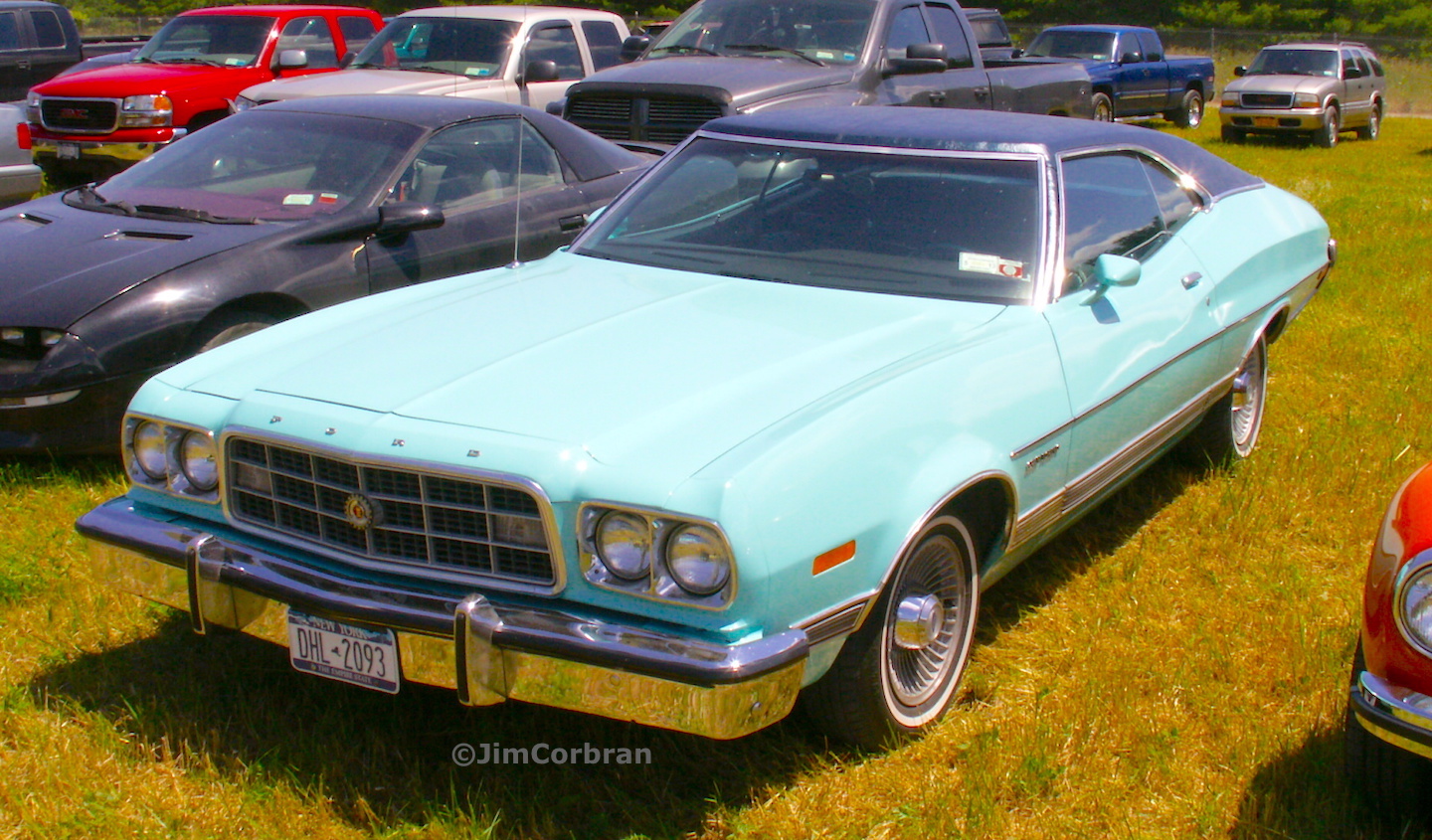 Here, from the 2012 Niagara Car Show in Lockport, is a 1973 Ford Gran Torino Sportsroof. Not seen very often today, the two-door Sportsroof was one of eleven different Torino models offered for 1973, from a lowly six-cylinder formal-roofed Torino two-door hardtop, to the pricey, V8-powered Gran Torino Squire station wagon. In between were Gran Torinos like the one pictured, Gran Torino Sports, and Gran Torino Broughams — something for (almost) everyone! Two-door cars rode a 114-inch wheelbase, while the four-doors' wb (including wagons) was four inches longer. The entire lineup was the top-selling intermediate for the year.