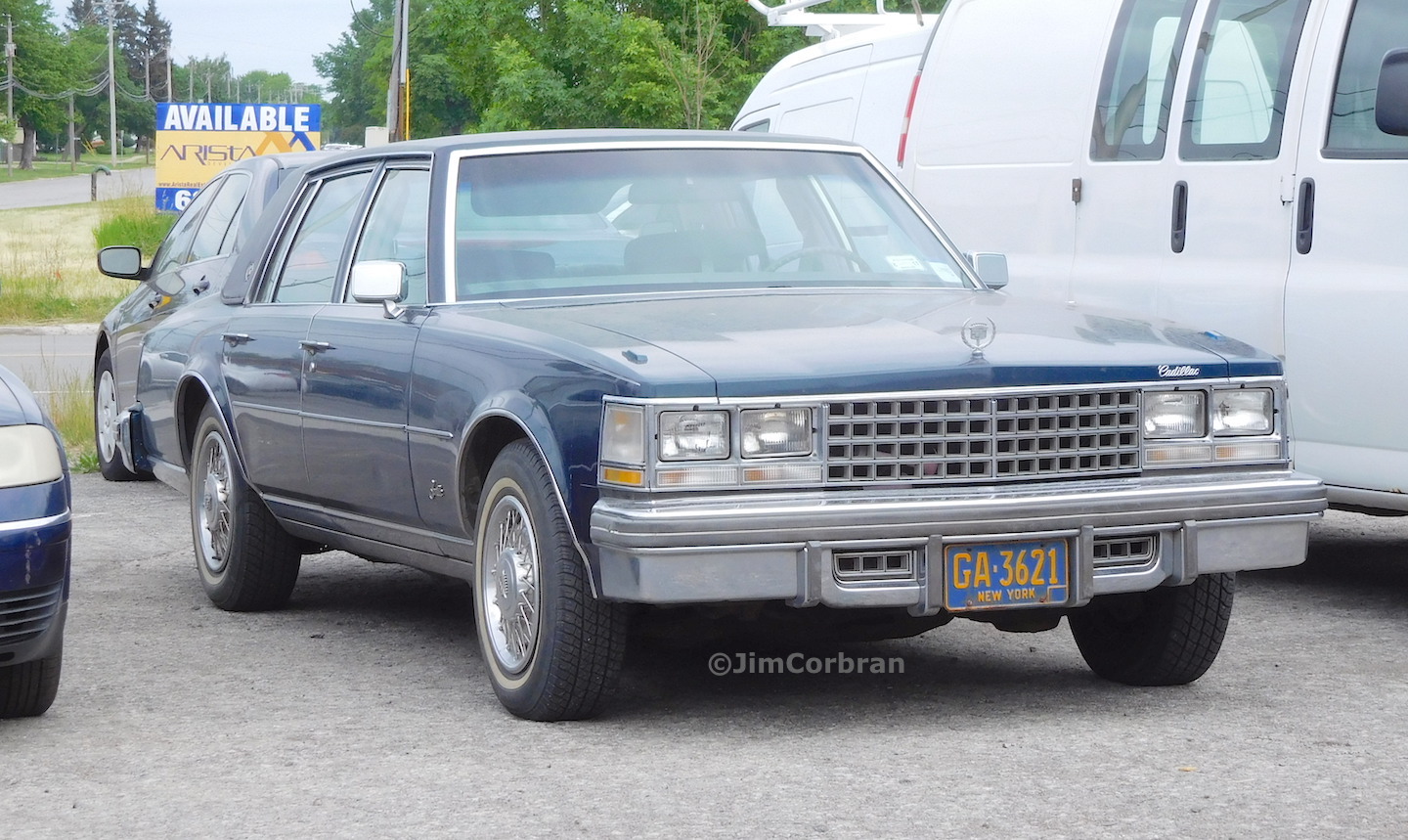 A lot of eyebrows were raised when GM’s luxury division introduced its first compact car in 1975 — and a lot of checks were written as buyers scooped them up. This 1976 Cadillac Seville, seen last week in Tonawanda, is from the car’s sophomore year, when sales almost tripled to just under 44,000 units. Many of the raised eyebrows were due to the fact that the Seville cost about two grand more than Cadillac’s prestigious Fleetwood Brougham full-size luxomobile; others scoffed at the idea that the Seville’s platform was based on the “lowly” Chevy Nova. Turned out that the Seville was a portent of things to come, as two years later GM, and eventually the rest of the American auto industry, began downsizing its cars. You could say the Seville was a trendsetter.