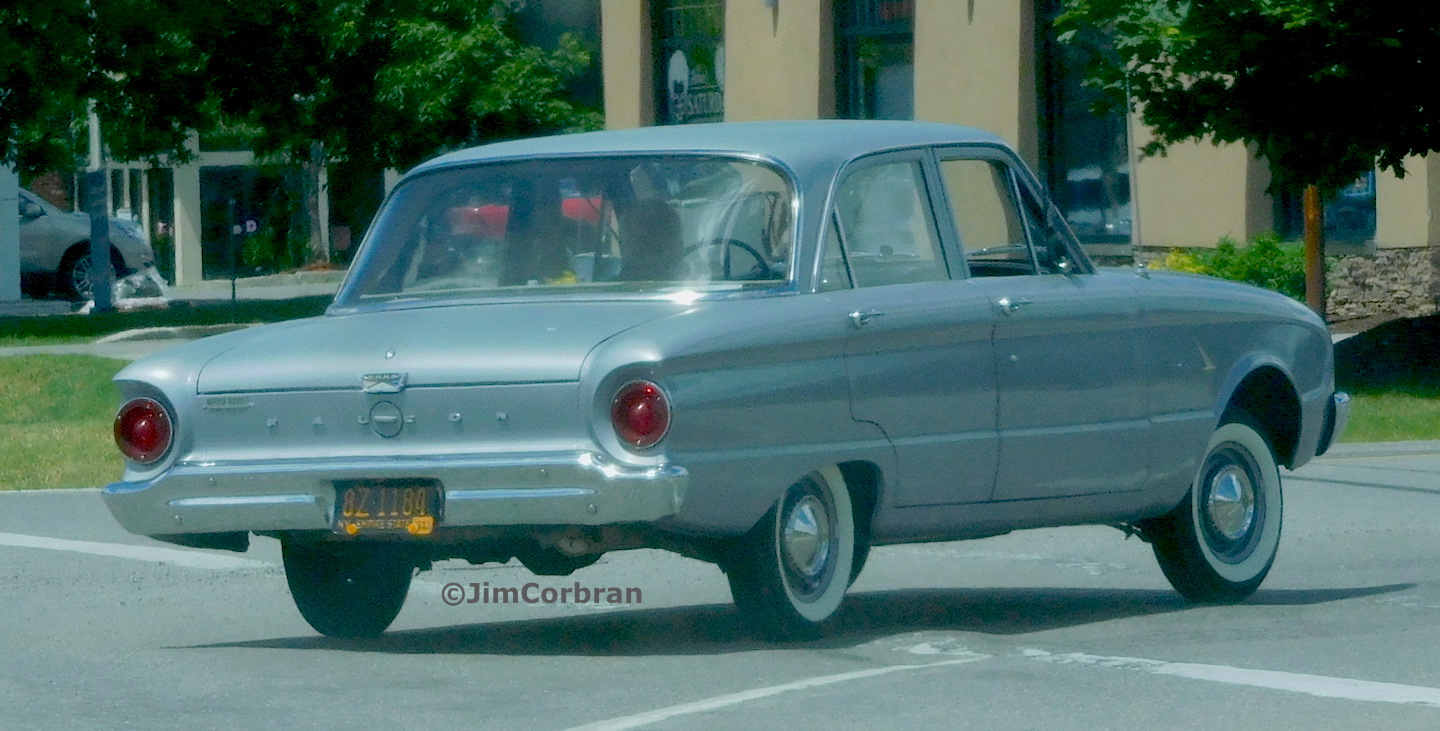 Followed this 1961 Ford Falcon for a ways last Sunday until I finally had the opportunity to snap a picture as it turned off of Main Street in Clarence. Its wide whitewalls are close to (if not actually) period correct, but there’s no doubt about the license plate — a 1960-issue with the 1961 add-on corner tag. All 1961 Falcons were base models, to which different bits of chrome could be added to fancy them up — save for the Futura, a two-door, bucket seat-equipped (hopeful) competitor to Chevy’s sporty Corvair Monza. The Futura was introduced half-way through the model year, and midway through 1962 it would be given a Thunderbird-styled squared-off roofline.