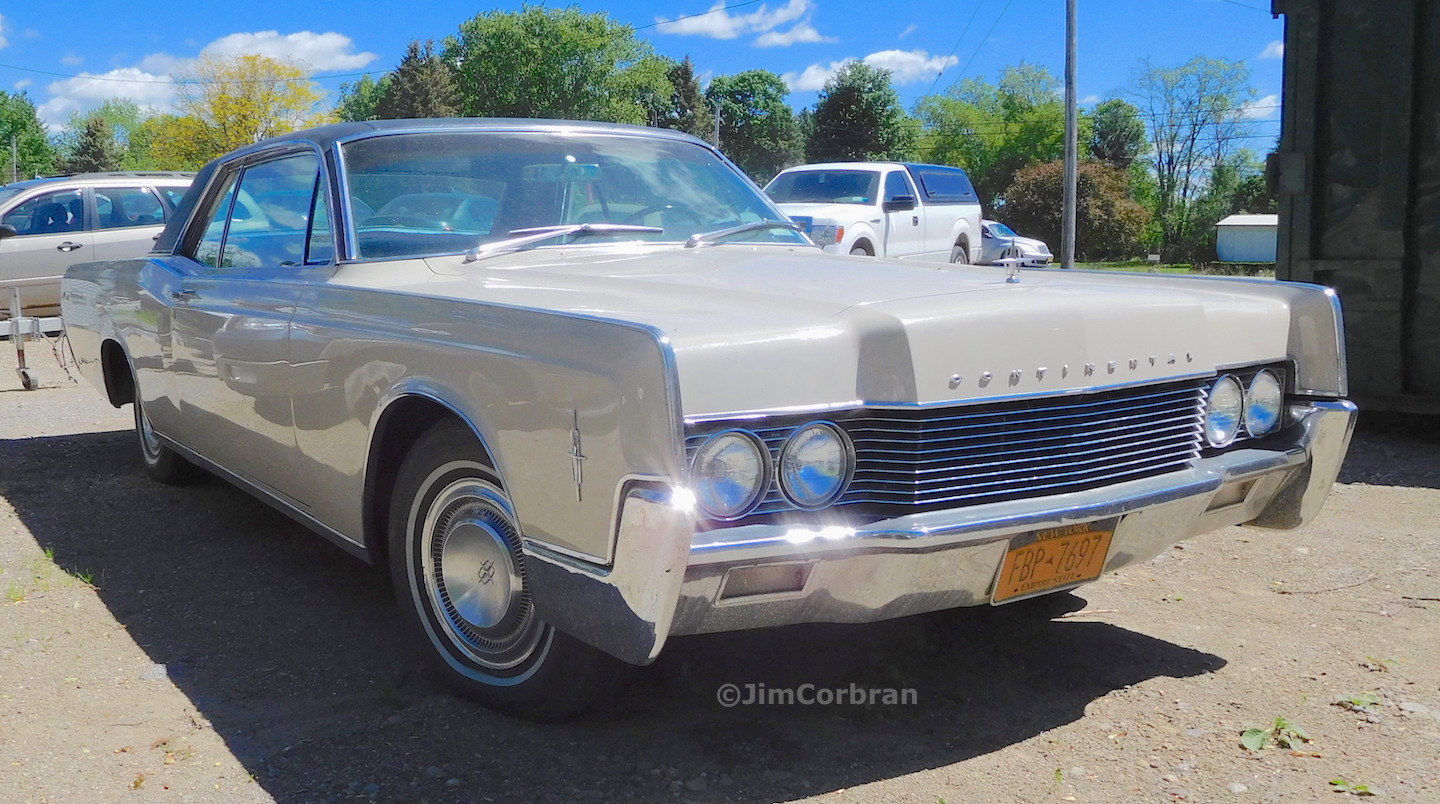 This 1966 Lincoln Continental marked the marque’s first two-door model since the suicide-door body style was introduced for 1961. And it’s not just a two-door hardtop… Lincoln tells us (several times) in its brochure that it’s a coupé, and that it’s America’s most distinguished motorcar. Luxury optional equipment included the latest in audio: …a Stereo-Sonic Tape System/AM radio that plays stereo tape cartridges in four-speaker sound. Unfortunately, park assist was still quite a few decades in the future, so you were on your own finding a spot to fit the coupé into at the club. Saw this one a few weeks ago in Yorkshire.