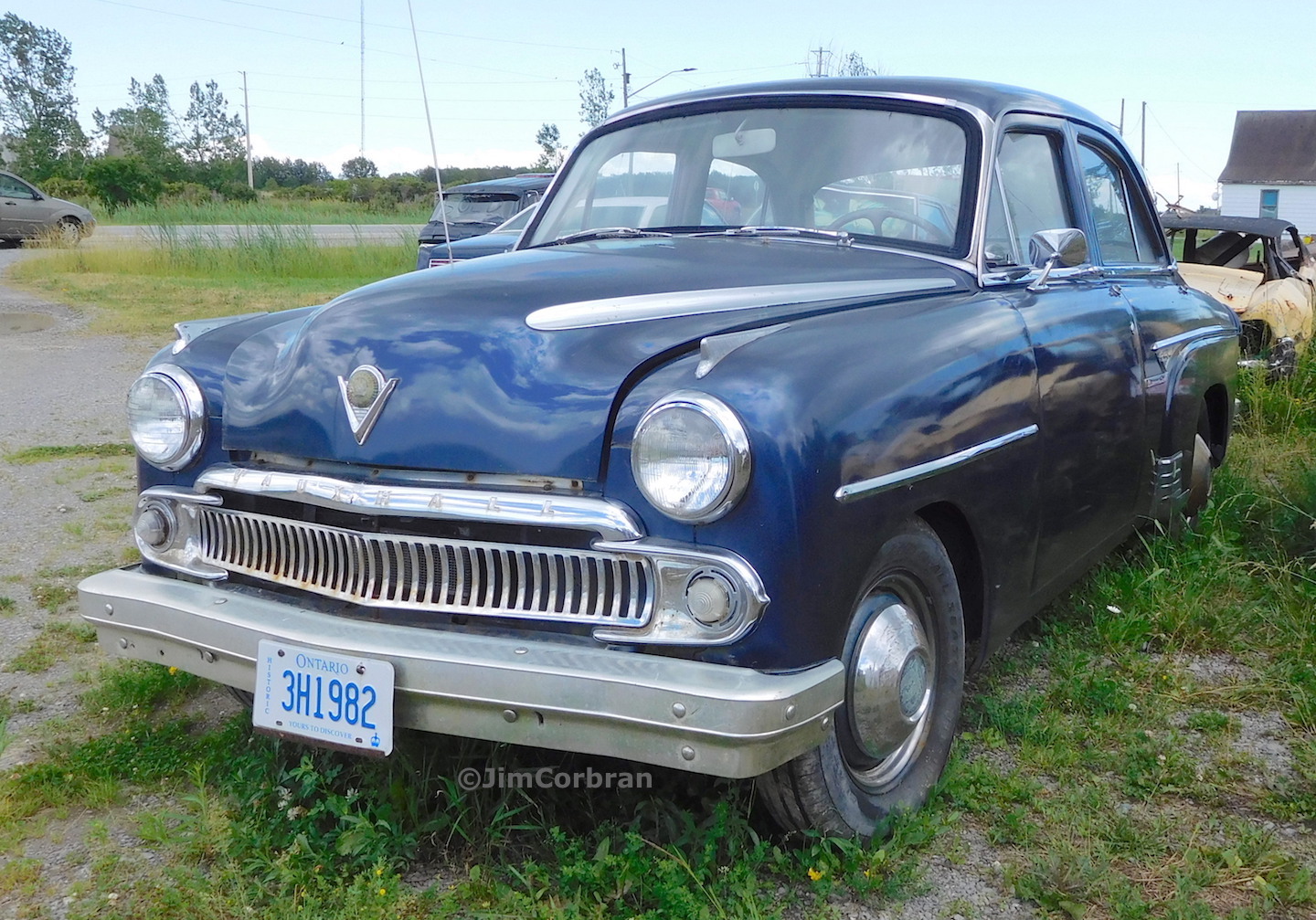 In my almost 49 years of driving, I do believe this is the first time I’ve ever come across a 1955 Vauxhall Cresta. Vauxhall was GM’s British brand — think of it as the British version of another former GM brand, Opel. Former, I say, as earlier this year the French car maker Groupe PSA (Peugeot-Citroën-DS) agreed to buy the Opel/Vauxhall brands from GM. The Cresta, although small by American standards, was a family-sized British car, and was starting to lose the frumpy look associated with many home-grown cars in the UK by adding details like larger glass surfaces, and (of course) more chrome. This one, seen a few weeks ago in Welland, Ontario, is wearing non-Vauxhall bumpers, and has a Buick engine under the hood.