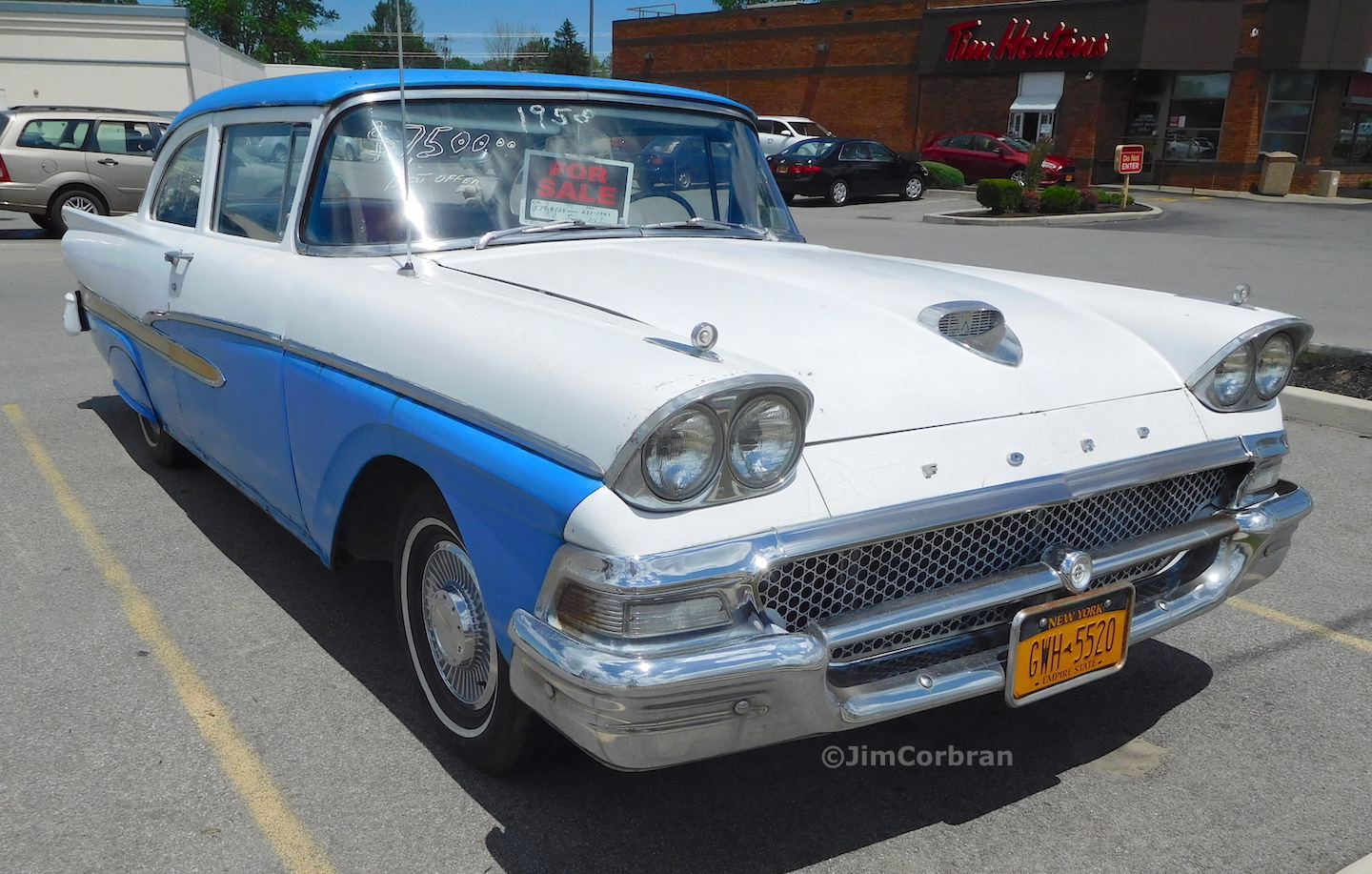 This 1958 Ford Custom 300, seen a few weeks ago in Niagara Falls, was a slight restyle of the successful 1957 model (really, only the grille/headlight area and the taillight pods & side trim were changed). Apparently that was enough for some, as Ford proudly announced in their 1958 brochure: “Latest fashion news… Paris agog over ’58 Ford styling.” Surprisingly (Lol), they didn’t mention any Paris fashion designers by name. Sales in recession-year 1958 were down markedly from the previous year, where Ford had outsold Chevy for one of the few times in the latter half of the 20th century.