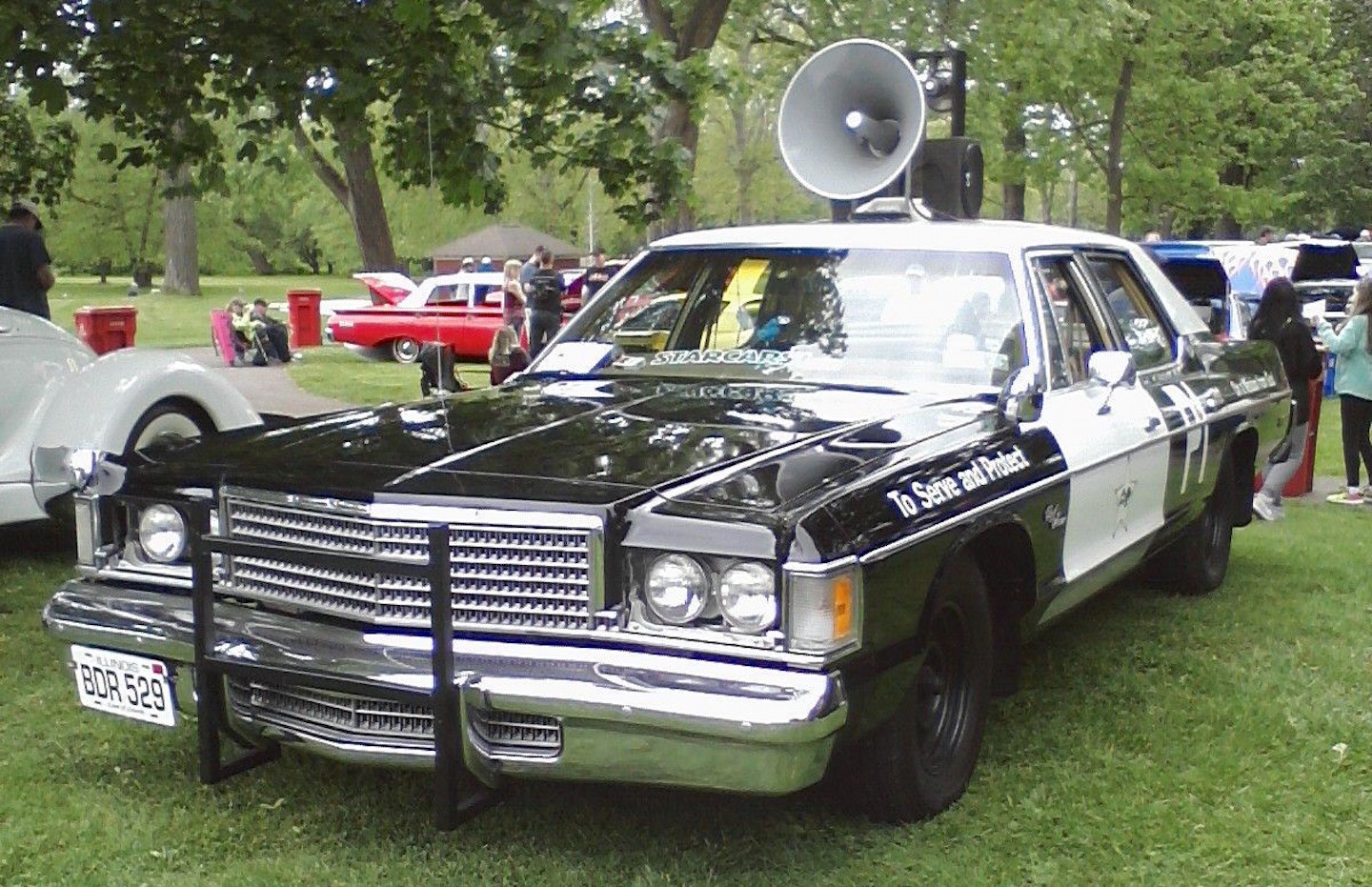 This Blues Brother replica started life as a regular ol’ 1977 Dodge Royal Monaco — probably some family’s car years ago. Now it makes the rounds of local car shows with its owner, Mike from Hamburg (a.k.a. Elwood), who also hires it out for just about any kind of event you can think of. The original movie car was a 1974 model (not all that much different from this one) and 12 of them were used during the making of the film. Dan Ackroyd’s brother-in-law owns one of them. We saw Mike’s car at a show in South Buffalo’s Cazenovia Park this past May.