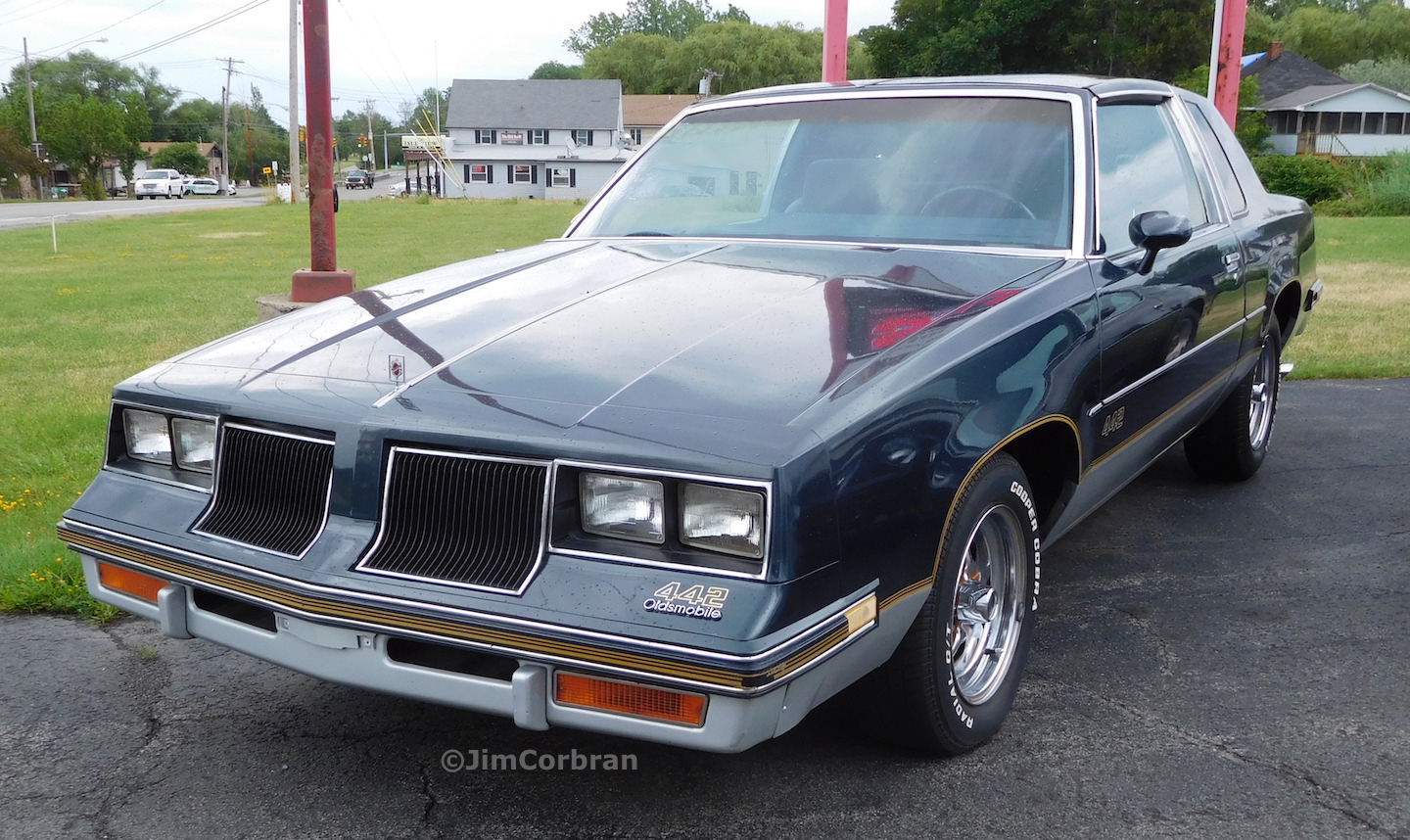 Some of you may be surprised to find out that there even was such a thing as a 1986 Olds 442. I know I was when I came across this nice example a couple of weeks ago for sale in Tonawanda. I was also surprised to see that somewhere along the way it changed from “4-4-2” to “442.” The dashes were there at its inception in 1963, and stayed until 1973 or so. Bean counters must have decided that they were too costly. The 442 came and went as a separate model a few times over the years, being revived (again) for 1985-87. It made a final appearance in 1990-91, now called the Quad 442 and based on the compact Olds Calais coupe