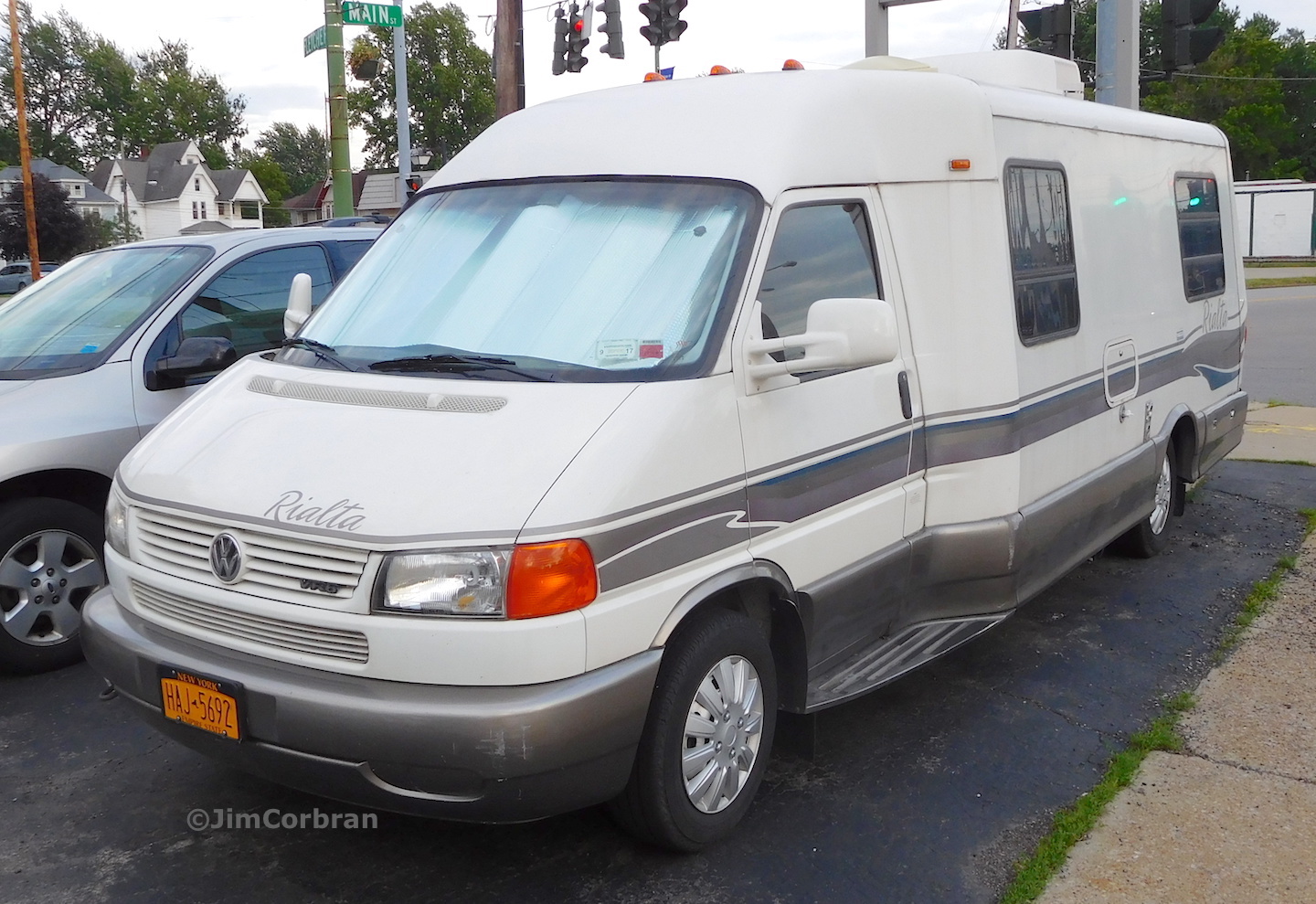 Just in time for hitting the summer camping camping circuit, here’s a 1999 Volkswagen Rialta camper. Having a much smaller profile than many large camper/RVs on the road these days, the VW was a popular choice as it was advertised as driving like a car, and it fit into most regular parking spaces. It had a few innovative ideas which were used to cram some of the conveniences of home into a smaller footprint, like: a shower/toilet area that was enclosed in walls which pulled out into the camper when needed (not to the outside like some add-a-rooms); shower water which was heated by driving (not particularly a great idea if you like to shower first thing in the morning); and seating spaces which easily converted to sleeping quarters. This one was was found recently in Tonawanda.