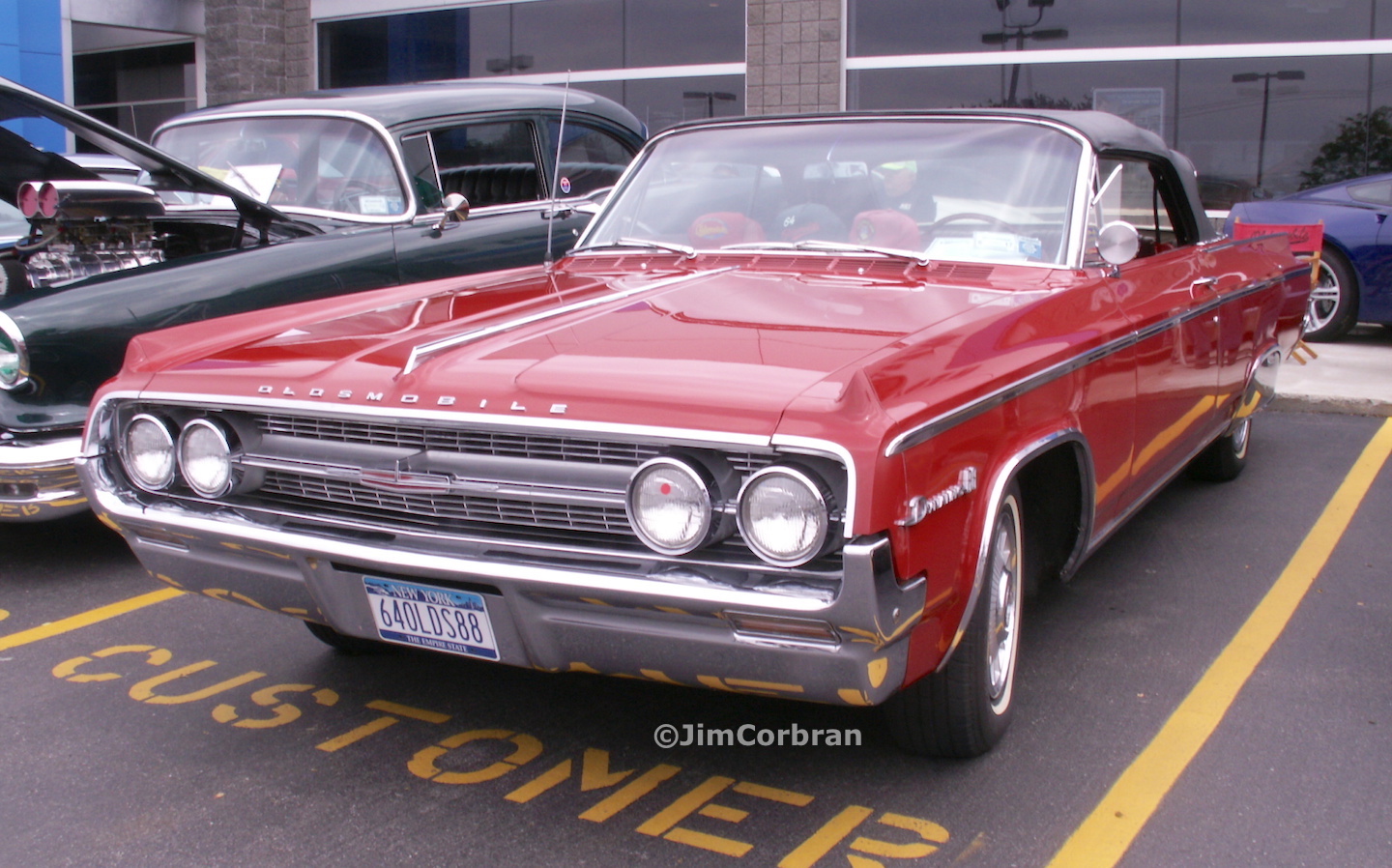 This 1964 Oldsmobile Dynamic 88 was one of the more appropriate cars seen at this year’s orphan car show in Orchard Park (what’s a Cadillac doing at an orphan show, anyway?). Olds owners were orphaned in 2004 when GM discontinued the brand while on a path to, it hoped, better profitability for the shareholders. Olds had a plethora of full-sized cars in 1964, ranging from the the least expensive Jetstar 88, and up through the Dynamic 88, Super 88, Starfire, and Ninety-Eight lines. If that seems like a lot, it was. Sometimes less is more; the Dynamic 88 and Ninety-Eight were Olds’ big car best-sellers. Should they have left it at that?