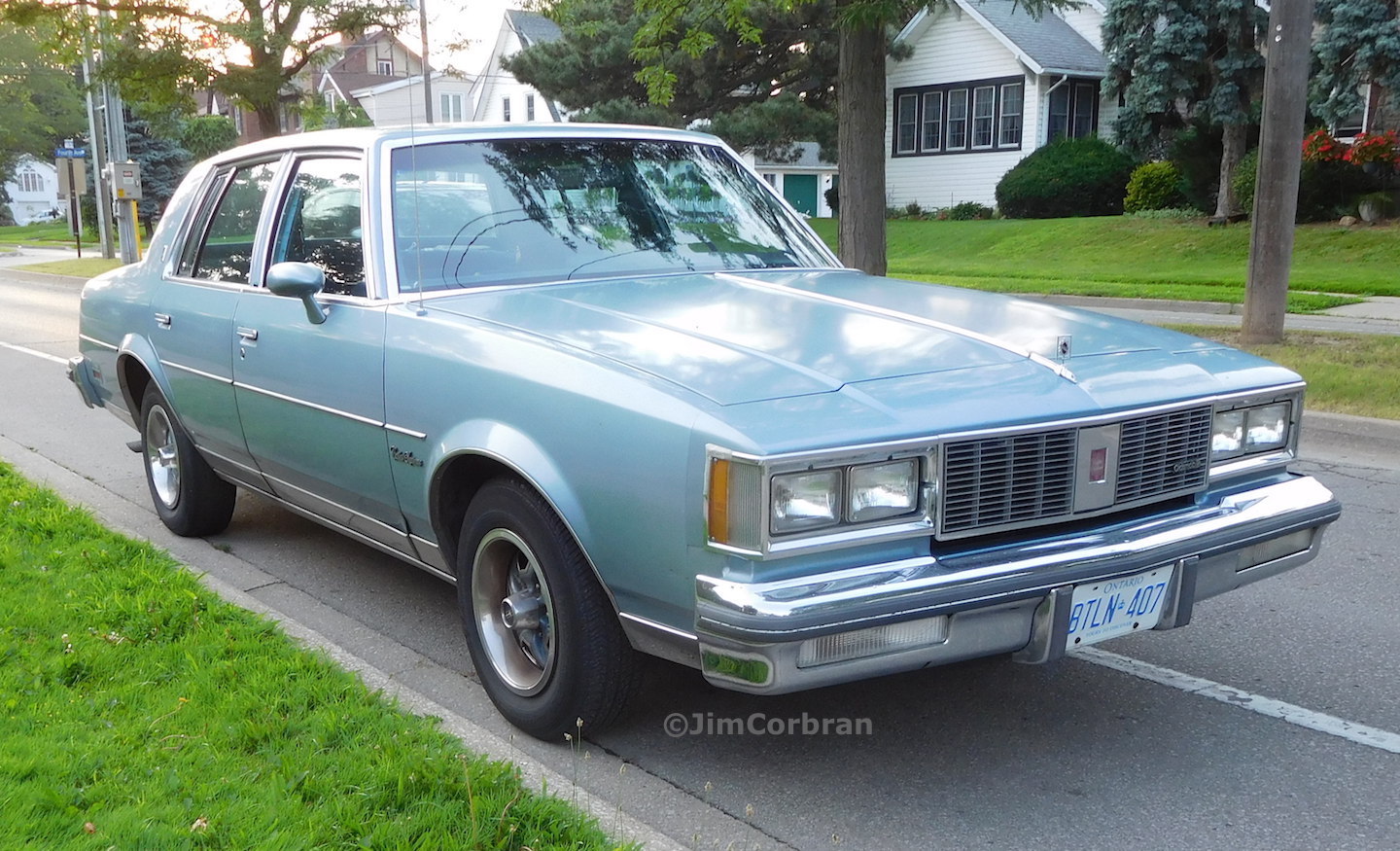 This Oldsmobile Cutlass Supreme sedan, c1985, was seen a few weeks ago in Niagara Falls, Ontario. In the late 1970s through the mid-1980s Oldsmobile sold a slew of Cutlasses in the U.S. — at times it sat atop the sales leader board. The two-door coupe models outsold the four-door for 1985 by a margin of more than two-to-one. By this point in time though, the rear-drive Cutlass line was getting a bit long-in-tooth, overshadowed by the smaller, front-drive (and confusingly-named) Cutlass Ciera lineup.