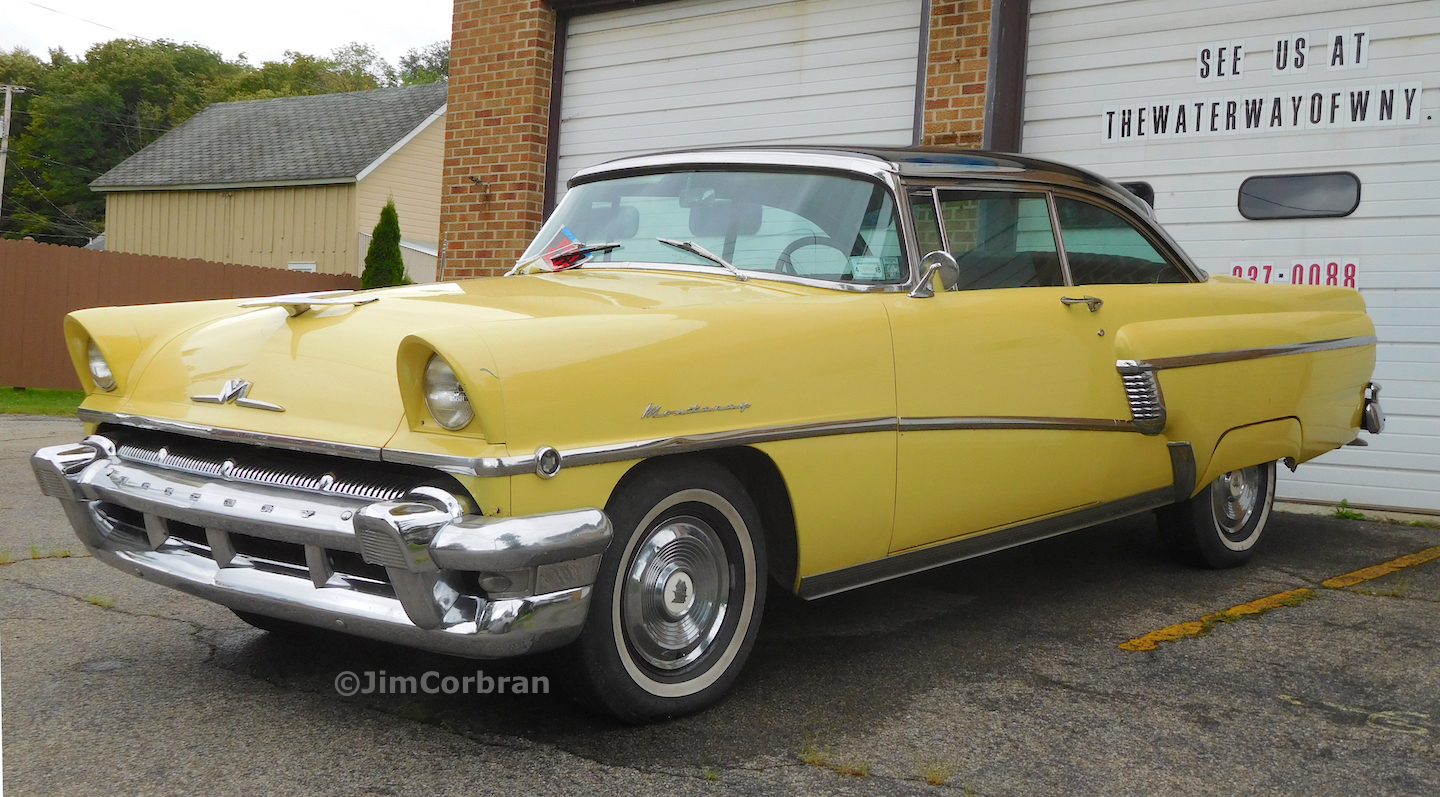 Nice two-toning on this 1956 Mercury Monterey, seen a couple of Saturdays ago in Langford; many cars had white tops where two-toning was involved. The Monterey was the top-of-the-line for The Big M until the Montclair came along in 1955. Eventually Turnpike Cruisers and Park Lanes would push the Monterey to the bottom of the pecking order; the ’74 models were the last to use the name in the U.S. until Ford resurrected the name for a Mercury version of their Freestar minivan from 2003-2007.