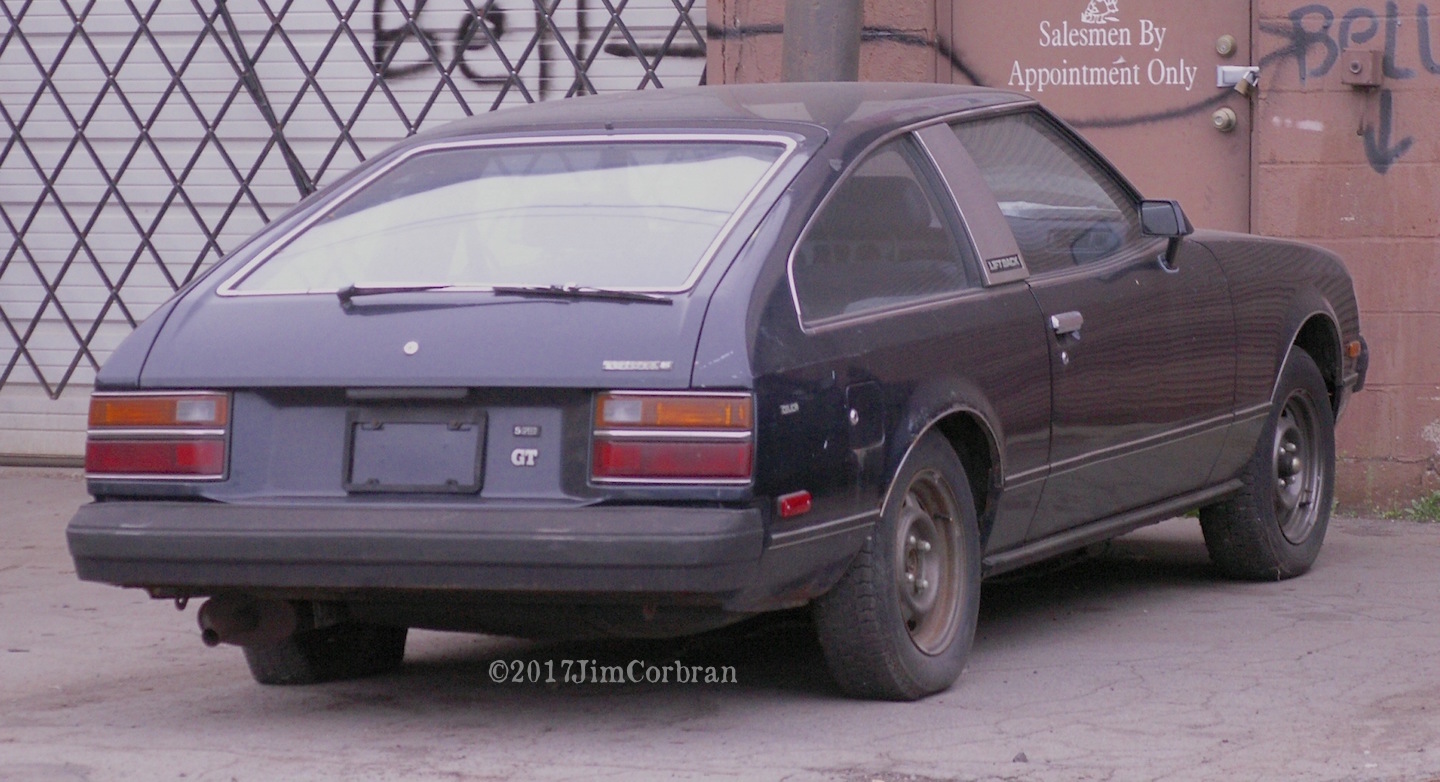 If you were driving back in the late 1970s, and liked a quick ride but weren’t too hep on muscle cars, this 1978 Toyota Celica might have been something to look at. Small sporty imports were really coming of age, after a decade-and-a-half or so of what the public perceived as “small, tinny imports.” Light cars with good horsepower, nimble handling, and sporty looks really took the American car-buying public by storm with cars like the Celica, Datsun 240-Z, Honda Accord, and Volkswagen Scirocco, which were at the start of the “hot-hatch” trend 40 years ago. Found this Celica a while back resting in Buffalo.