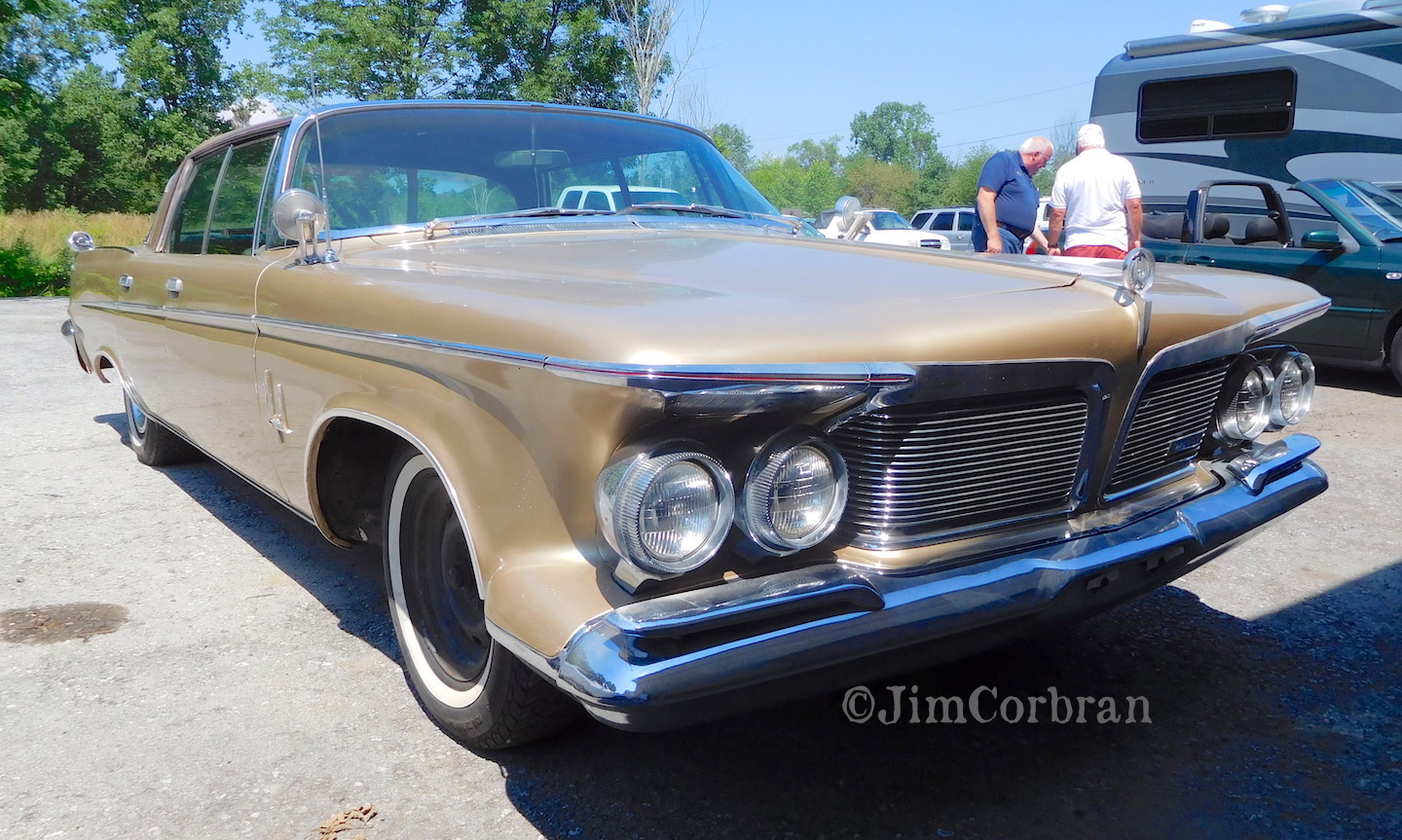 Personally, every time I see a car like this 1962 Imperial Crown, I can’t help but think of the old Beverly Hillbillies television show. Chrysler was a sponsor, and the banker (Mr. Drysdale) was always driven around in an Imperial, while his secretary (Miss Hathaway) drove a succession of Mopar convertibles. This gold Crown was found a few weeks ago in Youngstown (sounds like something that might come up in a dental conversation, Lol…). I love the freestanding head- and taillights on these cars.