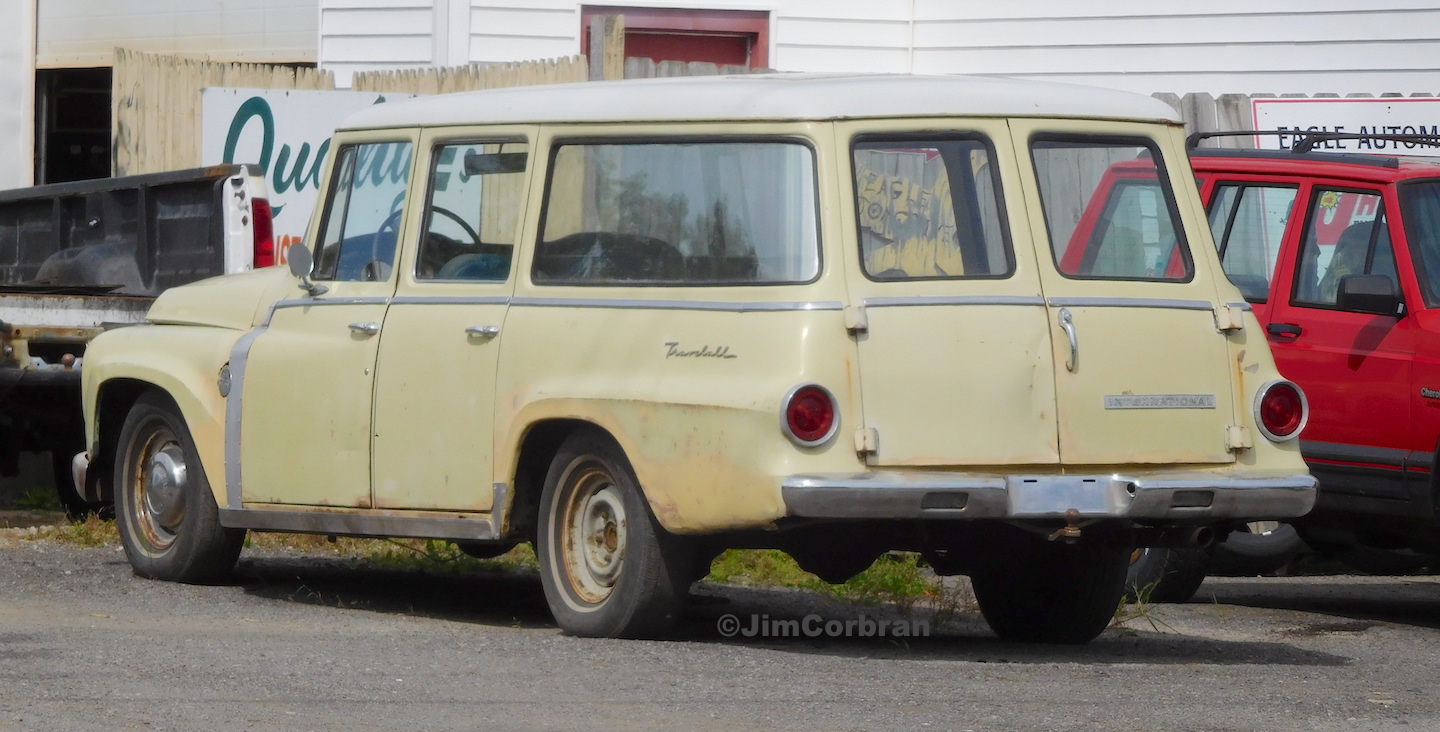 If you were one of those who needed a lot of passenger space, yet didn’t want something that was driven by every Tom, Dick, and Harriet, perhaps you might have taken a look at the Travelall by International-Harvester. Known more for it’s big rigs and tractors, I-H also sold pickups, a Jeep-like Scout, and this pickup-based Travelall, whose main competition at the time were the Chevy Suburban and Dodge Town Wagon. The example here is from the Travelall’s third generation, which went from 1961-68. First introduced for 1953, an all-new version hit the showrooms for 1959; the 1969-75 models were the last. Came across this one over the weekend in the hamlet of Shawnee.