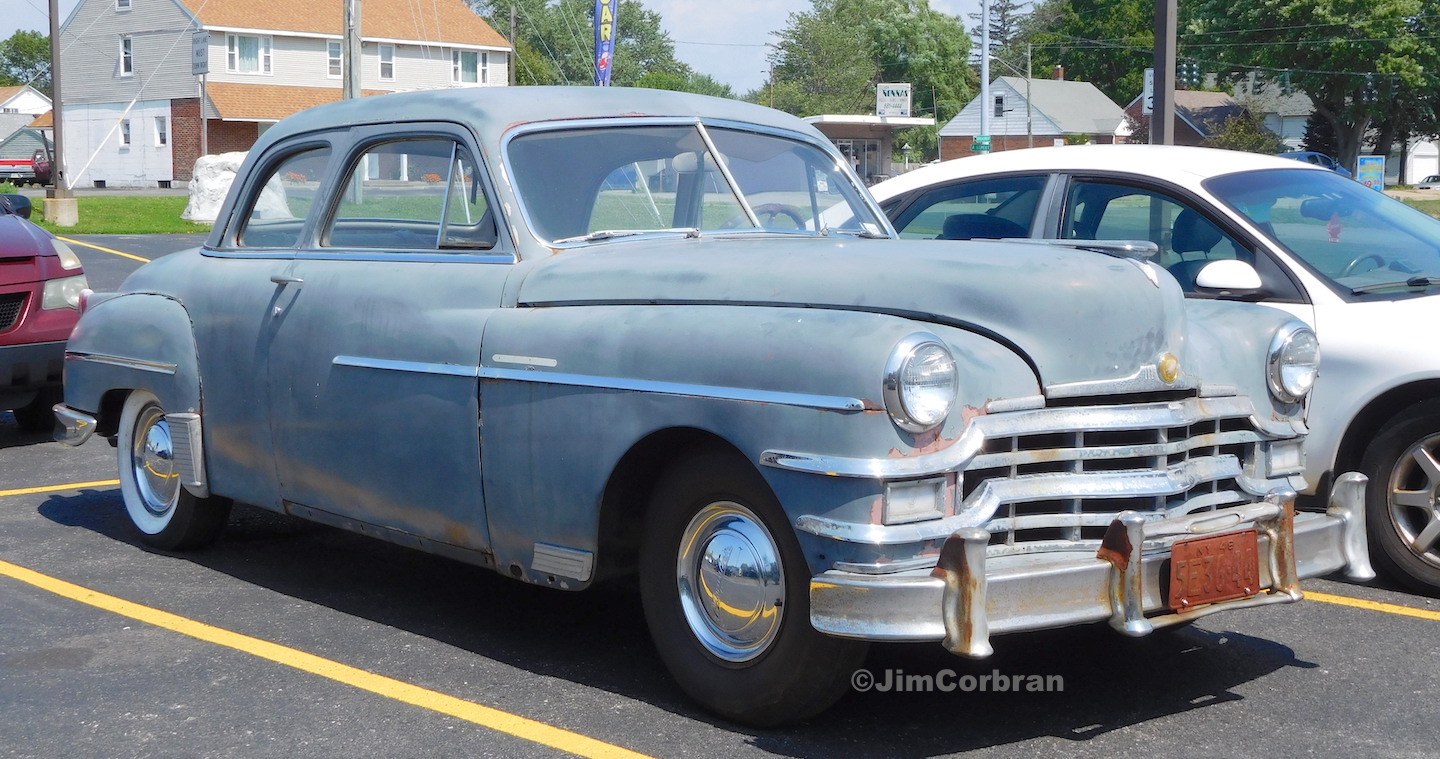 Mopar’s offerings from 1949 through 1954 were purposefully designed as tall boxy cars. In an article on Hemmings.com, we were told that Chrysler president K.T. Keller “…bred some of the dullest cars to come out of Detroit.” One of Keller’s objectives was to sell cars which gentlemen could drive without having to remove their hats. Well, I don’t think that would have been a problem in this 1949 Chrysler club coupe, seen a few weeks ago in Depew. Not much mention was made of the car’s styling in that year’s brochure, other than the fact that the convertible was a “dream boat” (even they put it in quotes, Lol), and the cover touted “The beautiful Chrysler.” Me? I kinda like ‘em.