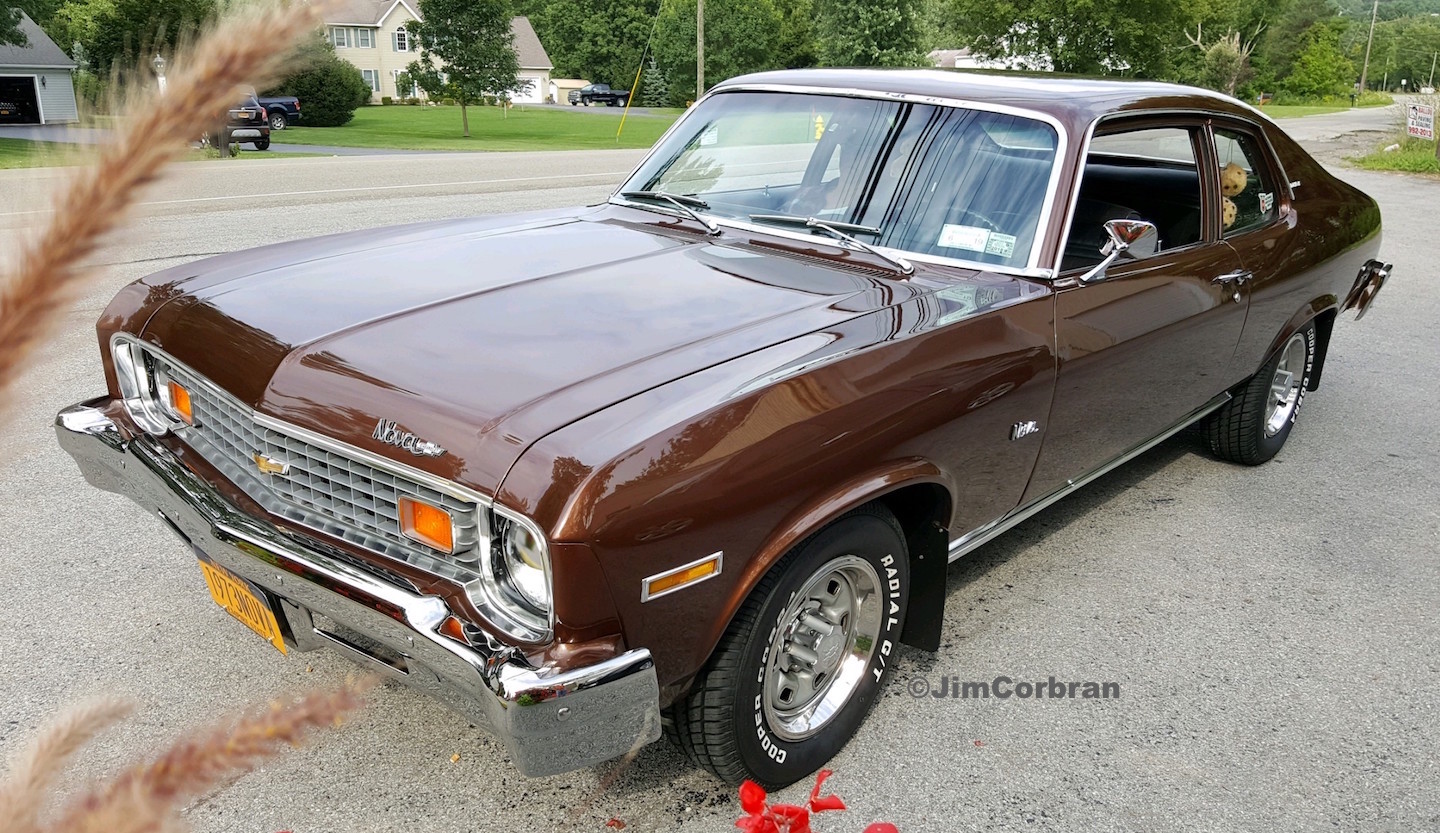 An uncharacteristic (for Chevy) lack of fender-mounted engine ID emblems leave us wondering if this 1973 Chevy Nova hatchback is equipped with a six or a V-8. It could be rare, as only 11,005 of them left the factory with Chevy’s 250-cu.in. straight six under the hood (even fewer — 3,172 — Nova Custom hatchbacks were built with the six). Three times as many Novas had a V-8 (either the 307 or one of two 350s), while more than eleven times as many Nova Customs had the eight. Chevy, in their advertising, called the Hatchback the “One with a big back door and a six-foot floor.” Saw this one a while back in North Boston.