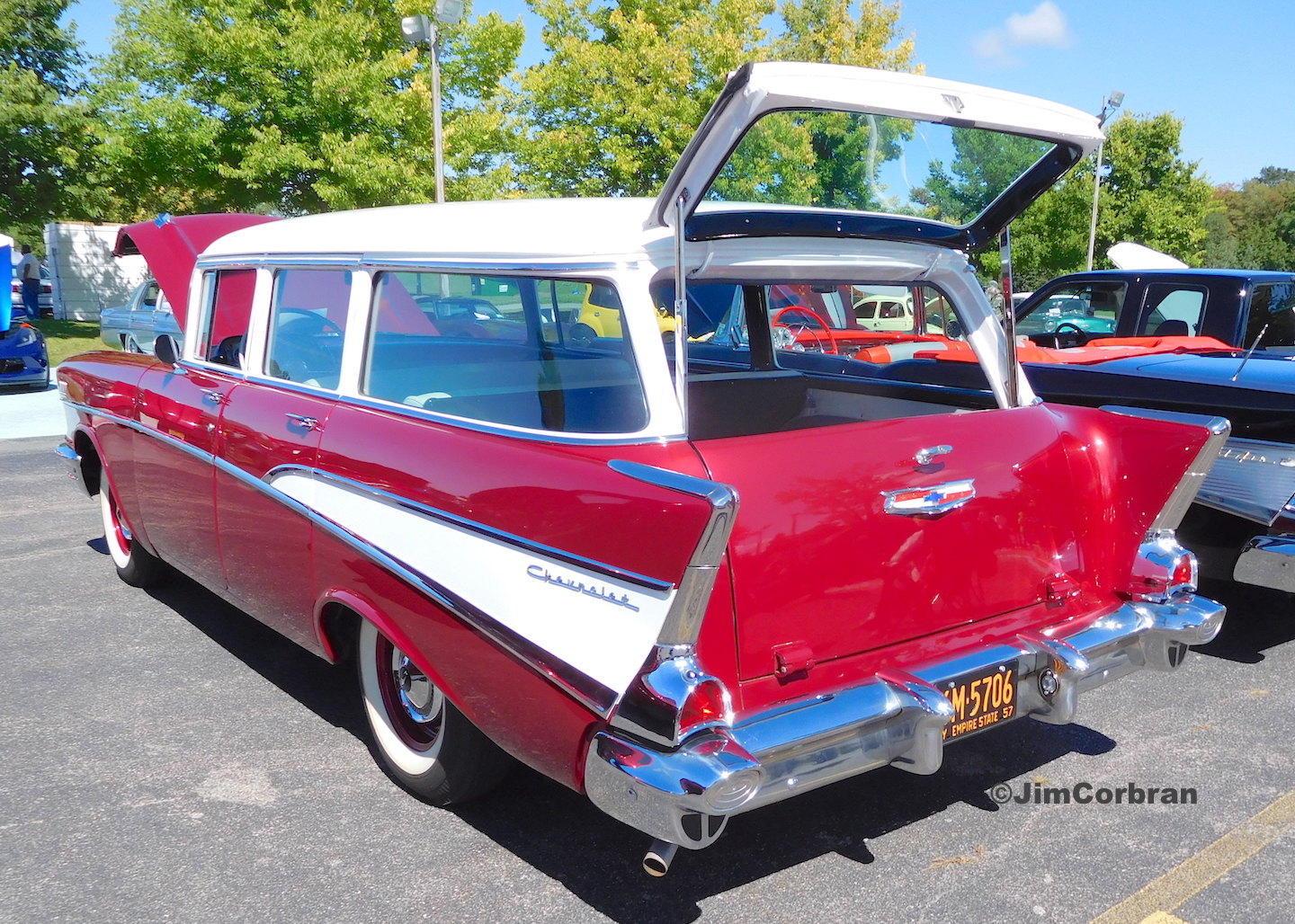 This 1957 Chevrolet Two-Ten wagon really stood out to me at last weekend’s car show in Albion. I know, ’57 Chevys seem like they’re a dime-a-dozen at any summer cruise-in, but this one looks bone stock. Under the hood is Chevy’s Blue-Flame Six, and it’s attached to a three-on-the-tree. Taking a peek inside, we see blank plates in place of the nonexistent radio and clock, along with the understated beauty of a mid-fifties dash without the glitz of the pricier Bel Air model. Almost 150,000 four-door Two-Ten wagons were sold for 1957, but I doubt if there’s another one still around that looks as good as this one. (Can you tell I really liked this car?)