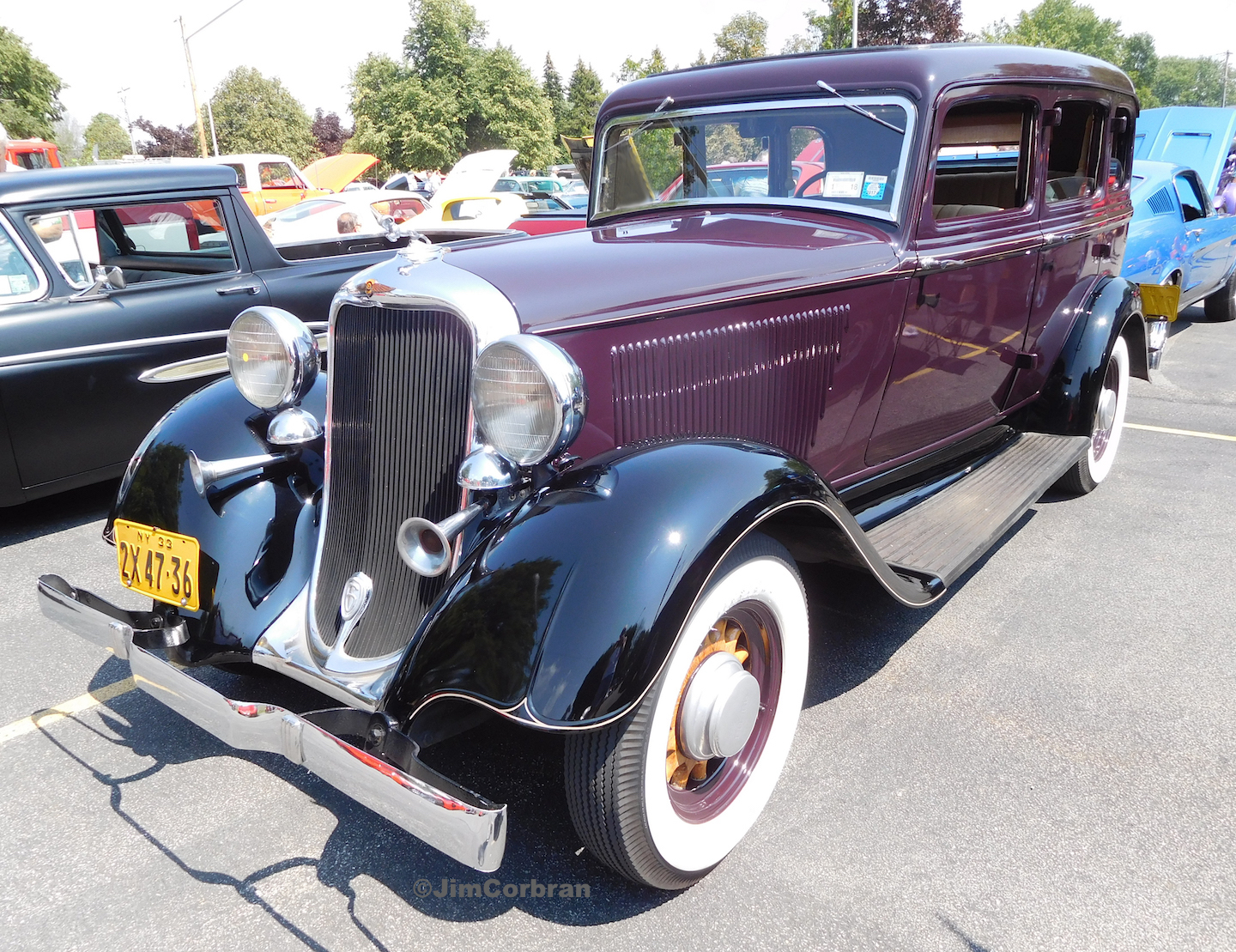 Came across this 1933 Dodge DP Six sedan at this summer’s car show at St. Mary’s High School in Lancaster. It’s owned by Frank Minnolera, Jr., whose father, Frank, Sr., bought it in 1971 and drove it for a few years before having it restored. Originally beige and tan, it was sold new in Buffalo with an MSRP of $595. The inline six-cylinder engine that year was 201.3 cu. in., and it produced 75 hp., while the transmission was a floor-mounted three-speed (manual, of course!). That interior looks roomier than many Manhattan apartments.